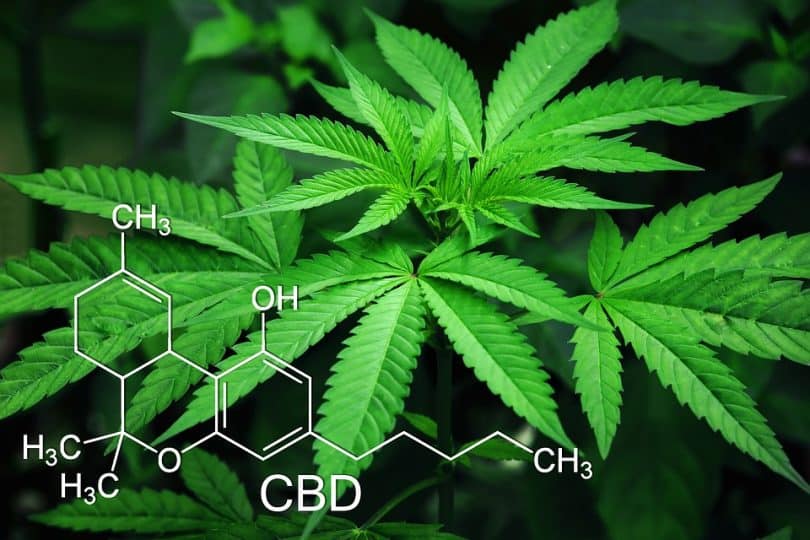 Non-psychoactive CBD is, along with its psychoactive antagonist THC, one of the main constituents of the natural product hemp. Non-psychoactive means that it neither initiates a state of intoxication nor is it suspected of being addictive. Since the medical and therapeutic relevance of CBD has become known, the number of producers has increased, as has the number of scientifically proven positive properties of cannabidiol.

Cannabidiol, or CBD, is a member of a group of compounds called the cannabinoids. Cannabinoids are active substances which are primarily found in cannabis and hemp plants. Today, a total of more than 100 different cannabinoids are known to science. Due to the world-wide reputation of the intoxicating cannabinoid THC, some mistakenly believe that CBD is also an illegal cannabis product. This is, however, far from being the case. As a substance, cannabidiol is legal both in the UK and in most other countries in the world. What is special about cannabidiol is that soon after the substance was discovered, researchers began to investigate the healing and preventive properties of this substance – doing so with resounding success.

It was quickly recognised that CBD contains analgesic agents (pain relief agents) which can counter both joint pain and muscle pain. According to researchers, CBD also has a positive effect on nervous tension due to its relaxing effect. Studies[1] have also shown that CBD is antiepileptic and can therefore be used to deal with many forms of epilepsy. Even sleep disorders, from mild to severe, can be alleviated by taking CBD.

In order to understand the mode of action of CBD in the human body it is first necessary to explain the endocannabinoid system. This is an essential component of the body’s nervous system. It has, for example, responsibilities in pain relief and in the immune system. Whatever influences this system also influences our perception of pain and nerve damage and of our general state of health. Scientists around the world have studied the interaction of the endocannabinoid system (ECS) with CBD and have concluded that cannabidiol has a positive effect on the ECS.

The idea that cannabidiol is something that might be good for the human body is in fact clear from the fact that our body produces its own cannabinoids on a daily basis. In addition, the two cannabinoid receptors CB1 and CB2 are located on cells within our bodies. CB1 receptors are predominantly found on nerve cells in the brain which are responsible for appetite, mood, pain and coordination. CB2 receptors are used specifically by immune system cells for communication between cannabinoids and the cells themselves. They thereby help to effectively counteract pain and inflammation. CBD is also responsible for maintaining the body’s own anandamide cannabinoid balance. It is this which gives CBD its antipsychotic properties.

The desired effects of CBD

CBD has two fundamentally very desirable properties – on the one hand, it relieves pain, and on the other it inhibits inflammation. In addition to having these two properties, it has been established that cannabidiol has a positive effect on high blood pressure. This condition, also known as hypertension, can result in certain secondary diseases. These include strokes, atherosclerosis, heart or kidney failure, and other vascular diseases. According to a study[2], taking CBD significantly lowers blood pressure. Other positive and thus desirable effects of CBD are that it has an anticonvulsant effect on the body and helps against type 2 diabetes. The number of medical conditions where cannabidiol is known to help has already become very long and is steadily getting longer.

Those who pay attention to good quality and high production standards for CBD products should generally not have to be concerned about any harmful side effects which might result from consuming CBD. As a matter of principle, a doctor should always be consulted as a precaution before starting to take any medication. This is particularly true where severe or chronic diseases are already present.

Women only need to avoid taking CBD during pregnancy and whilst breastfeeding. The reason for the former is that CBD may reduce the protective function of the placenta.

Unproven but nevertheless possible side effects which may occur after taking CBD are increased intraocular pressure, possible interactions with medication, a dry feeling in the mouth, lower blood pressure and mild light-headedness and drowsiness.

To summarise, CBD is not addictive, does not have a psychoactive effect (does not intoxicate), in most instances does not pose a health risk, and is suitable for use both by humans and animals.

What is the difference between CBD and THC?

Both substances, CBD and THC, are extracted from the same plant. However, they differ greatly in their mechanism of action. THC has a psychoactive effect, making the consumer “high”, in colloquial terms. This does not happen when CBD is taken, and it has been demonstrated that it is a non-psychoactive substance. Consumption does not result in any kind of intoxication, in other words.

Furthermore, to produce cannabidiol, specially bred low-THC hemp is used. In the EU, high-THC hemp is strictly controlled, and is banned in most regions. This means that in the EU, only hemp varieties containing a maximum THC content of 0.2% are permitted. These varieties have now been certified by the EU, and these are the only ones which producers are allowed to use.

Buying CBD – What kinds of CBD products are there?

All sorts of CBD products are now available. These include:

Almost all these also exist as full-spectrum products. There are also other cannabinoid products such as CBG oil and many others. Furthermore, the different products also vary significantly in their cannabinoid content. For example, you can find CBD oil in the form of 2% CBD oil, but also as 30% CBD oil.

Which of all of these CBD products is the best one for you is something which you will have to find out for yourself. The products are all taken in different ways and can be more or less useful depending on the purpose of their use. More information can be found in the relevant texts on CBD products.

CBD can be taken in all sorts of different ways. You will find more specific information on this on some of the other pages of this website. Generally, you should start with relatively low doses and then only increase the CBD dosage slowly.

Both the right way to take the substance and the perfect dosage differ from person to person. They key here is that ultimately, you are going to have to try things out for yourself.