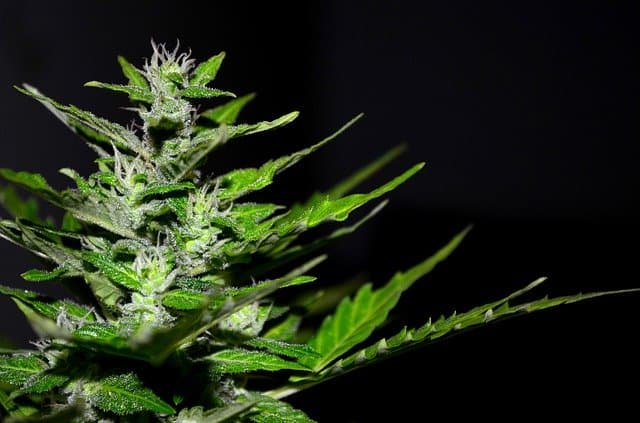 To date, 113 different cannabinoids have been found in cannabis. This is the term used to refer to the individually distinguishable constituent compounds found in the cannabis plant. One of these is cannabichromene. As a member of the cannabis team, CBC supports the pain-relieving effects of other hemp products. Amongst its various properties, CBC itself has a calming effect. Similarly to cannabidiol  CBC has also been found to have antibiotic effects. The use of CBC against antibiotic-resistant bacteria is an important factor here. One of the many uses to which cannabichromene can be put is in helping against epilepsy.

CBC is a phytocannabinoid. It is the second most abundant cannabinoid in the hemp plant. Cannabichromene is formed through the conversion of CBG (cannabigerol) by certain enzymes. Like CBD, and in contrast to THC, CBC is not psychoactive. The consumption of CBC thus results neither in states of intoxication nor in addiction.

Like THC and CBD, CBC is derived from CBGA (cannabigerolic acid). CBGA is formed in cannabis and is a precursor of many cannabinoids. CBCA becomes CBC through the process of decarboxylation, during which the acidic part of the CBCA loses a CO2 molecule. This process is usually brought about by the application of heat. The separation of CO2 actually happens over time anyway – it just takes place more slowly. The heat thus functions as a catalytic accelerator.

In hemp research, CBC is considered to be an important factor in the entourage effect. The thesis behind the “entourage effect” is that when it comes to the constituent compounds found in cannabis, the whole is greater than that of the sum of its parts. Thus, the presence of CBC influences the effects of other cannabinoids. Generally, their intrinsic effects are enhanced.

The effects of cannabichromene (CBC)

Though it may well be that the effects of CBD, for example, on the CB1 or CB2 receptors of the endo-cannabinoid system are well-understood and researched, the possible effects that CBC may also have on these receptors has not yet been sufficiently demonstrated. Fundamentally, however, researchers assume that, in the context of the ECS, CBC also supports and enhances the effects of THC and all other cannabinoids.

This ability of CBC to enhance the effects of other compounds is a feature which is currently being further developed in medical cannabis varieties. These efforts have been so successful that, as already mentioned, CBC is now the second most abundant cannabinoid in hemp after THC, even being present in greater quantities than CBD. Anyone who is prescribed medical THC should therefore find out whether CBC is present and, if so, at what concentration. The higher concentration of CBC, the more powerful the effects of the THC will be.

The most important mechanisms of action of CBC are not the soothing properties which are inherent in the substance itself, but rather the previously mentioned synergisic effects. Cannabichromene strengthens the effects of CBD, but the relationship also operates in the opposite direction. Research in this area is still in its infancy, but CBC is already being used specifically for the purposes of effect enhancement.

One of the most important and desirable properties of cannabichromene is its antibacterial effect. This was established by researchers at the University of Mississippi in 1981. This study [1] shows that CBC is not only effective against a variety of fungi (e.g. Aspergillus niger), but also  against E. coli and Staphylococcus. What was most exciting about this discovery was that Staphylococcus aureus was known to be the pathogen involved in MRSA . This bacterium is resistant to conventional antibiotics and is seen as an extremely stubborn adversary. Used as an antibiotic in combination with other cannabinoids, CBC has been used with success.

CBC has the property of soothing and even reducing oedema, swellings and inflammations of the digestive tract. CBC displays this property when used in isolation, but does so even more when used in combination with THC. This has been demonstrated in a study [2] undertaken at the Medical College of Virginia. The study, published in 2010, clearly shows that the anti-inflammatory effects of CBC are significantly increased even when combined with extremely small amounts of THC.

Cannabichromene can also be used as an anti-depressant, as shown in a recent study[4]. In this study, which was also carried out at the University of Mississippi, CBC’s mood-enhancing effect on humans was demonstrated. It was determined that this effect is extremely noticable in the case of CBC.

In addition to its important synergistic and entourage effects, CBC has very specific and unique effects on the brain. It can promote brain development, extend the longevity of many brain cells and is a positive factor in neurogenesis – i.e. the formation of new nerve cells.

Cannabichromene can have very beneficial effects in cases of cancer. It has recently been found that CBC can inhibit tumour growth. Current studies[5] are based on the idea that CBC produces a cancer-inhibiting effect by interacting with the ECS. Research in this area is still ongoing. Many questions remain unanswered. However, the results obtained thus far give reason to hope that CBC could be used against cancer.

Side effects of CBC?

Thus far, no side effects of CBC have been identified. However, one should always bear in mind that CBC intensifies the effects of many cannabis products. Those who use THC for medical purposes, for example, but who use CBC to intensify its effects may end up experiencing properties of THC which go beyond the normal, intended effect.

Especially for pregnant women, it is always advisable to discuss the matter of CBC with a doctor before taking any. Those undergoing medical treatment should also talk to their doctors before taking CBC.

How does CBC differ from THC and CBD?

Though there are many similarities, CBC differs from the CBD in that it enhances the effect of other compounds found in cannabis, as already mentioned. CBD is also an antagonist of THC, and thus neutralises its effects. In contrast to this, CBC strengthens the effects of THC. Unlike CBD, CBC does not dock so readily onto the CB1 and CB2 receptors.

CBC and THC differ greatly in their effects. While THC is psychoactive, causes states of intoxication and can be quite addictive, none of this applies in the case of CBC.

Buying CBC – What kinds of CBC products are there?

It is still very unusual to come across pure CBC as a product. This is mainly due to the fact that, in full spectrum oils, CBC enhances the effect of the other cannabinoids which are present via the entourage effect. CBC can be found in the following hemp products …

If you would like to discover more about the efficacy of CBC, contact a UK-licensed retailer to obtain detailed information about the CBC content of their products.

The way in which a CBC product should be taken depends on the product involved. In the case of a CBD oil containing CBC, an appropriate dose is dripped under the tongue and is left there until it has entered the bloodstream via the mucous membranes. During this period of five to ten minutes, nothing should be drunk. This is a fast-acting method. Less rapid, but more selective in their effects, are CBD creams and CBD salves which contain CBC for its enhancing effects. These can simply be applied to the part of the body affected. As a constituent compound, CBC also enhances the positive effects of CBD e-liquids. These are taken by means of vaporisers (e-cigarettes) and absorbed through the lungs.