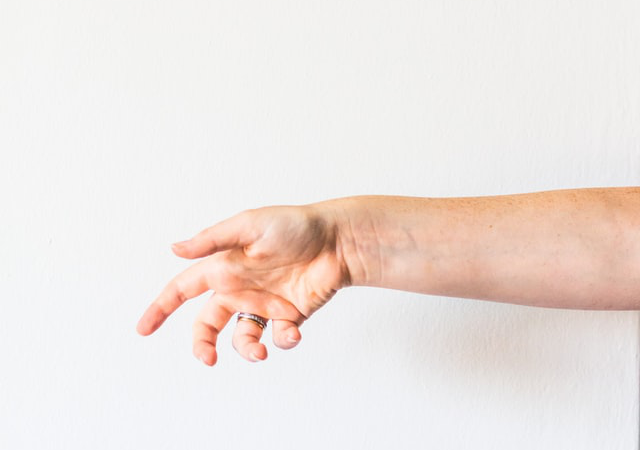 Spasticity, also known as spasm, is a pathological increase in muscle tension. Basically, spasticity is caused by damage to the central nervous system. In this case, a highly overactive muscle leads to its prolonged stiffening or hardening. Experts call this spastic paralysis. These paralysis symptoms usually restrict mobility, sometimes severely.

Spasticity leads to increased muscle stiffness. This is painful and can lead to unnatural postures. Both everyday working life and the general quality of life can suffer greatly from spasticity.

Spastic paralysis can have different degrees of severity or intensity. The different spasms also differ with regard to the accompanying symptoms. The starting point for a medicinal classification is, for example, the area of the brain that is particularly affected. Regardless of whether the muscle stiffness in spasticity leads to a mild, moderate or complete inability to move, pain is always associated with it during the process. Another name for spastic paralysis is spastic paresis. This comes from the characteristic of restricting movement.

For some time now, a particular cannabinoid has been giving people with spasticity hope that it might help relieve the symptoms. Cannabidiol, or CBD for short, has come into the focus of researchers, doctors and patients because of certain pain-relieving properties. CBD is one of over 100 ingredients of the hemp plant. Apart from CBD, THC is the most well-known. In contrast to THC, CBD can be legally bought and sold in the EU. Many CBD products may also contain a small amount of THC. As long as the THC content is below 0.2%, legality is granted. CBD does not have a psychoactive effect, unlike THC. CBD is even used as an antidote for the psychoactive effect of THC. CBD does not cause intoxication and is not addictive either.

The central nervous system (CNS) is responsible, among other things, for the movement of a person. Damage to the brain and spinal cord, especially to the pyramidal tract of the first motoneuron, can lead to spastic paralysis. A lesion of the extrapyramidal motor system also plays an important part in the spasticity symptoms. This part of the nervous system unconsciously sends calming impulses to the muscles. This is how the tone and the body’s own reflexes are regulated. If these impulses are absent, the muscles tense up.

However, if the second motor neuron is damaged in isolation without there being a lesion of the extrapyramidal motor system, the muscles relax instead of cramping. Both of these conditions result in paralysis.

A cerebral infarction is one of the most common causes of spasticity. Injuries to the head and spinal cord can also damage the extrapyramidal tracts. Symptoms of spasticity can also be caused by conditions like multiple sclerosis, spastic spinal paralysis or amyotrophic lateral sclerosis.

Another cause of spasticity can be early brain damage in children. A lack of oxygen during the birth process via the umbilical cord usually leads to this. A lack of oxygen can also be a trigger later. People who have been resuscitated after drowning are often affected by spasms.

Other causes of spasticity are also currently being discussed in the medical world. However, an exact picture of these is not available at the moment.

Spasticity itself is a symptom of other diseases. However, there are of course signs of spasticity, but it is not possible to deduce the underlying illness from this. One of the reasons for this is that spastic paralysis can show itself in varying degrees. Some of them hardly affect the patient at all. Other forms can lead to a severe physical disability.

If you have spastic paralysis, a diagnosis can be made between four different types of paralysis. In monospasticity, one extremity is paralysed. In paraspastic paralysis, both legs or both arms are affected. Hemispasticity affects all the extremities of a whole half of the body. Extensively, all four extremities are paralysed in the case of tetraspasticity. This can also affect the muscles in the neck and trunk.

Many of those affected find it difficult to articulate due to the impairment of the speech and swallowing muscles. The eyelids can also be affected. Strabismus or squinting can be a consequence. Targeted grasping can be made difficult or no longer possible due to poor muscle coordination. In small children the grasping reflex can sometimes be impaired. If they are touched on the inside of the hand, the hand closes immediately.

Sometimes people affected by spasticity are slow to learn, but this usually has nothing to do with an intelligence deficit. In most cases, motor impairments cause this scenario to occur.

The effects of spasticity can be made worse by anxiety, depression and pain, among other things. In this context, CBD can help, according to some of the studies mentioned in detail below.

How traditional treatments for spasticity work

In the treatment of spasticity, doctors use movement therapies, drug therapies and surgical therapies.

In movement therapy, the therapist usually tries to minimise the spasms. This can be achieved by passive movement of the joints. This is an attempt to maintain their mobility. A side effect of such exercises is that the muscles are strengthened. Exercise in water (hydrotherapy) and logopaedic therapy (speaking, swallowing) can help.

Among other things, doctors often use botulinum toxin therapy. Botox, which is known for its use in rejuvenation medicine, can relieve muscle spasms through intramuscular injections. Muscle relaxants are also used to relieve uncontrollable muscle cramps.

To maintain the muscular balance of the musculoskeletal system, operations can be performed to lengthen tendons or move muscles. Even bone repositioning is possible nowadays.

The more severe the impairment caused by spasticity is, the more likely people are to use aids to move around. These include wheelchairs, walking aids, orthopaedic shoes and corsets.

CBD in spasticity – How cannabidiol works

Spasticity is, as described, predominantly hard spasms of individual muscle strands or certain muscle parts of the musculoskeletal system. In previous studies, CBD has been shown, among other things, to have a relaxing effect within the body. CBD can also have a pain-relieving effect. In people who suffer from depression, which is a condition that can make spasticity worse, CBD can have a mood-lifting effect. However, CBD is not a cure for spasticity.

Studies and effects – CBD in spasticity

According to current figures, about 90% of all people affected by multiple sclerosis suffer from spasticity during the course of the disease. Some experience a little muscle stiffness, while others experience pain and cramps. These cramps can even occur while asleep. If CBD is used for multiple sclerosis, it can help to relieve the pain caused by the disease. This is the conclusion of a study[1] by experts on the effectiveness of CBD in droplet form. In addition, it was also shown that CBD gave back greater mobility to those affected by reducing pain.

According to a study [2] by the University of California, oral CBD and other cannabinoids can lead to a noticeable reduction in spasticity. The study participants were also able to report that after taking CBD oil, the perception of pain during spasms was improved by half.

In a field report [3] on his own YouTube channel, sufferer Bernd Thill, states that by taking 10 mg of CBD capsules, his body was more relaxed after the first application. By regularly taking CBD capsules, Thill says that he “fidgets” a quarter less than before.

In general, CBD is used by many affected people to reduce the sensation of pain. In addition to their own experiences, patients can, amongst other things, rely on various studies. A study [4] published in the European Journal of Pain shows that CBD brought about a considerable improvement in pain perception in arthritis patients.

Depression and anxiety can make spasticity worse. Again, there is a promising study [5]that concludes that CBD has an anxiety-relieving and antipsychotic effect.

Dosage of CBD as a muscle relaxant

Dr. Claude Vaney, Chairman of the Swiss MS Society and Head of Neurology at the Bernese Clinic in Crans Montana, reported in a study [6] that a decrease in spasticity was effective in 57 participants at a dose of 7.5 mg. He reported in detail that the individual CBD dosage was between 5 and 30 mg per day.

Basically, it can be said that using CBD as a muscle relaxant against spasticity should always start at the lower limit. A slow but steady increase in dosage is advisable. The increase should be continued until the desired effect is achieved. However, if there are adverse effects when taking CBD for spasticity, the dose can be lowered again. In general, you should listen to the dosage recommendations of the manufacturers and the treating physicians.

CBD in the case of spasticity can be ingested in various forms. The best known is probably CBD oil. It is simply administered under the tongue. It is supposed to work there for about 30 seconds before being swallowed. CBD liquids can be inhaled simply via a vaper, i.e. an e-cigarette. This form of consumption is the fastest. As mentioned in the experience report above, CBD can also be taken in capsule or tablet form.

For a surface application there are CBD creams or CBD ointments, for example. A creature of pleasure can always fall back on CBD food. According to the studies, all CBD products can contribute to the relief of spasticity if used over a long period of time. However, the body absorbs inhaled CBD most quickly.