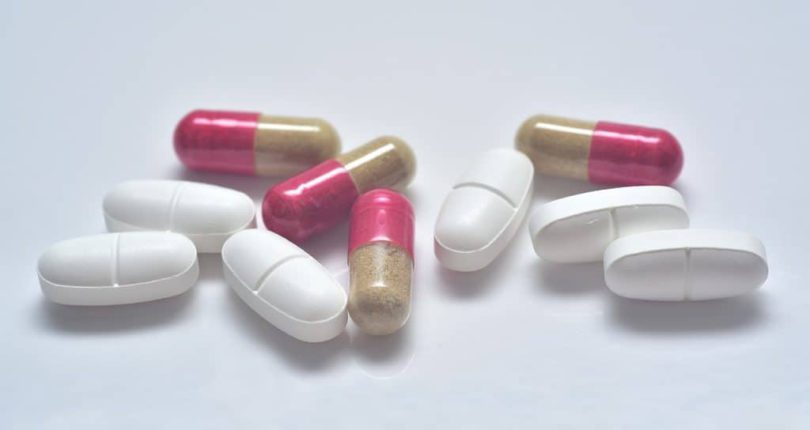 “Life prevents life”. This sentence was formulated by Louis Pasteur, who is considered the pioneer and trailblazer of one of the greatest discoveries in medical history – the antibiotic. Obtained from living fungi or bacteria, an antibiotic inhibits the growth of microorganisms.

Penicillin is considered the first discovery in this direction. Penicillin causes pathogens to spread much less. This resounding success of antibiotics is a problem today. For example, they are added to animal feed, which we in turn eat. This allows a large dose of it to reach humans.

As a result of this concentration, however, pathogens can adapt themselves to or even arm themselves against antibiotics. This capability is known as antibiotic resistance.

Especially in places where a lot of antibiotics are used, resistant germs multiply – this includes hospitals in particular. This means that in institutions where diseases are combatted, a breeding ground for particularly persistent diseases has been created.

The antibacterial effects of cannabis in general and of CBD in cases of antibiotic resistance are well known, and not just since yesterday.

Cannabis has an antibacterial effect. It provides a chance to combat antibiotic resistance. Here we are not talking about hash biscuits & antibiotics, but about CBD oil. This CBD can be legally purchased.

CBD works against antibiotic resistance because, according to the current state of research, it is more effective than commercial antibiotics. Put simply: “Take CBD oil and the antibiotics can work again or even be better!

Although many experts warn against doing so, antibiotics are still prescribed in far too large quantities and often unnecessarily. For example, if you have bronchitis, antibiotics are very often prescribed even if you do not have a bacterial infection.

Viral infections, often the cause of bronchitis, cannot be treated with antibiotics. Through this excessive use, even resistant germs can be cultivated in the patient’s body.

Discontinuing antibiotics too early can also lead to resistance. If the medication is stopped too early because the healing process takes effect quickly, the remaining germs can become resistant to antibiotics.

Studies show that strains of bacteria that have become resistant in hospitals move from bed to bed, passing on the genetic information to other strains on howto fight antibiotics. This can also happen when different antibiotics are combined.

How do antibiotics work?

In short, antibiotics work because they help against bacterial infections. The antibiotic attacks the cell walls or the metabolism of the bacteria. This inhibits the growth of the germs and kills bacteria.

Not only resistance due to excessive use, but other factors can also speak against the use of antibiotics. For example, diarrhoea is a side effect. This happens because bacteria have positive effects in the human intestines. If they are destroyed by antibiotics, an imbalance in the gut flora can lead to diarrhoea.

Women in particular should be extra careful about one thing. Antibiotics can cause vaginal fungal infections because the lactic acid bacteria in the vagina maintain the environment there, which has a preventive effect against many pathogens.

How does CBD oil work in cases of antibiotic resistance?

The antibacterial effect of cannabis has long been considered one of the main characteristics of hemp. Because research has focused on many of the hemp ingredients, we can now speak of an entourage effect due to CBD, CBC (cannabichorm), CBG (cannabigerol), CBN (cannabinol) and even THC. This means that these substances can have a cumulative antibacterial effect.

In short: the resistant bacteria block the active ingredients of the antibiotics. CBD when used in the case antibiotic resistance can help to break through this blocking of the drugs. CBD oil, or CBD e-liquid, makes it possible for the drug to bypass the blockade in the bacteria, penetrate them and destroy them.

Some researchers even believe that cannabinoids are more effective against bacteria and fungal infections than all the antibiotics on the market because of their entourage effect.

The effectiveness of cannabinoids is underlined by a study [1] from 2008, which showed that CBD, like the other four cannabis substances, can combat germs uniquely and yet jointly in the case of antibiotic resistance. The study even proved that CBD helps against the so-called MRSA strains of bacteria. These are the strains where most normal antibiotics fail.

Can CBD become the new antibiotic? A study [2] shows that CBD can be used as an antibiotic. Researchers found in laboratory tests that CBD had killed all the strains of bacteria used in the test. Among them were some that were considered highly resistant to conventional antibiotics. This study lasted longer than 20 days. It is important to mention this because bacteria can build up resistance within 20 days. Yet they did not in the study – a positive sign for CBD as a substitute for antibiotics.

According to one study, CBD was the best treatment for skin infections, not antibiotics bred from fungi or bacteria. Although the researchers are not yet sure which property of CBD helps against infections, CBD’s own anti-inflammatory effect is said to play a role.

It is therefore safe to conclude that CBD helps against antibiotic resistance mainly because it is an alternative. CBD also has an antibacterial effect, which has been substantiated by studies.

The right product is the one that helps. Take a look at the many field reports on our independent portal. Maybe someone has written a report that details the effect in the case of antibiotic resistance? This is why you should use the search function.

In general, though, it has to be said that the experience gained is very positive – from a scientific perspective! This is why the studies are so valuable!

Dosage and number of drops

It is important to start slowly with one dosage. A normal 10% hemp oil can be the solution here.

At the beginning three drops and later more. In this way you can find the right dosage. If you are used to CBD and want to take it instead of medication, you should choose a higher dosage.

Read more about this: CBD dosage.

CBD in antibiotic resistance as a future model?

The hope that CBD can help in the case of antibiotic resistance, especially together with its related hemp agents, is justified. Due to the non-existent or only minor side effects and interactions of CBD, treatment is a first important step, especially at the beginning of an infection, towards successful control of bacterial-based infectious and inflammatory diseases.

Researchers suspect the reason for this is that the hemp plant fights against bacteria and microorganisms as a result of the CBD it contains.