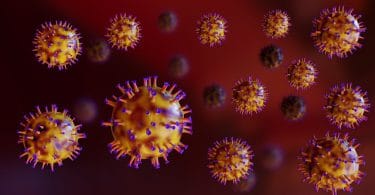 Multiple sclerosis, diabetes type 1 or even rheumatism – these are only a few of a large number of known autoimmune diseases. None of them is as yet completely curable. Medical professionals refer to autoimmune diseases as those whose effects are produced by the body’s own immune system. The disease can attack any tissue and all organs.

This also makes it difficult to create a uniform picture of the disease and its symptoms. Causal treatment is not possible according to the current state of knowledge. The person affected therefore has to live with an autoimmune disease for the rest of his or her life. There are, however, medications available that can certainly alleviate the effects and symptoms of the disease.

In Germany, autoimmune diseases are among the most common chronic diseases. In other words, many people are affected. In recent years, the number of people affected has been increasing steadily. According to physicians, this is not due to a spreading phenomenon, but to the continuously improving diagnostic technology.

But what exactly is an autoimmune disease? If one suffers from it, the body’s own defences attack and destroy the body’s own tissue. The “target” always depends on the severity of the autoimmune disease. The attacking immune system should normally act against foreign tissue or material. These include above all bacteria, viruses or fungi. The immune system is able to differentiate whether or not the molecules in the membrane of each body cell originate from its own body. In the case of an autoimmune disease, however, this recognition ability is defective.

Cannabidiol, CBD for short, is a product of the hemp plant. It is one of more than 100 different so-called cannabinoids. As well as CBD, THC is the most commonly known in this group. Unlike THC, CBD is not psychoactive. Slipping into a state of intoxication is also not possible when taking CBD. It is important to mention that CBD is not addictive.

Since the 1970s, there has been an increasing focus on CBD when it comes to alleviating the effects of autoimmune diseases.

According to the current state of medical knowledge, the causes of autoimmune diseases are still largely unexplained. However, the stage which comes after the cause is already very well-known. In this stage, the human defence system mistakenly considers the body’s own tissue as foreign. Then it tries to destroy the “intruders” using all means possible. Depending on the type of disease, different parts of the immune system are involved. These are either antibodies consisting of protein or, for example, T-lymphocytes.

Lay people sometimes confuse autoimmune diseases with allergies. The difference between the two is that in the case of an allergy, the immune system does not act against the patient’s own body, but against foreign material that is actually harmless. It perceives this as highly threatening and reacts overly aggressively.

The symptoms of an autoimmune disease usually always depend on the organ that is affected. The diseases range from autoimmune hepatitis (liver) to celiac disease (small intestine) to Hashimoto’s thyroiditis (thyroid gland). Unfortunately, there is also a multitude of other autoimmune diseases, each with its own specific symptoms.

Here are some examples of symptoms of different autoimmune diseases.

If a person suffers from Boeck’s disease, also known as sarcoidosis, they have a fever and feel exhausted. Under the skin painful, first reddish then bluish nodules form. Sarcoidosis also causes very painful swelling of the joints or joint inflammation. In the area of the lungs, the lymph nodes can also swell.

One of the most commonly known autoimmune diseases is Graves’ disease. It affects the thyroid gland. Next to Hashimoto’s thyroiditis, Graves’ disease is the second most common autoimmune thyroid disease. The main symptoms are tachycardia (rapid heartbeat), exophthalmus (protrusion of the eyeballs) and goitre, which is an enlargement of the thyroid gland. If these three leading symptoms occur together, they are also called the Merseburg Triad.

Unfortunately, the list of specific autoimmune diseases and their symptoms could be continued for a very long time.

How do conventional drugs against autoimmune diseases work?

Currently, there is no cure for autoimmune diseases using drugs. The problem is, as already mentioned, that the actual triggers of the disease are still not known. And as long as these are not known, causal therapies that deal with the cause and not only with the symptoms are not possible. The conventional treatment of autoimmune diseases therefore aims at alleviating the symptoms.

Apheresis is also called blood washing. This is a procedure in which disease-causing substances are removed from the bloodstream. Laser therapy can be used, for example, to treat skin or eye diseases by means of a bundled light beam.

If photodynamic therapy, or PDT for short, is used, tumours or diseased skin cells can be treated. A photosensitizer is applied to the skin and irradiated with light.

CBD in autoimmune diseases – how does cannabidiol work?

As of 2020, more than 80 autoimmune diseases are known. The persons affected as well as the treating physicians are looking for cures, but ultimately, they can only alleviate the symptoms. CBD can contribute to this. It would go beyond the scope of this report to show the possible links with CBD for each individual autoimmune disease. We therefore want to show which basic complaints, also found in numerous autoimmune diseases, CBD can help with.

Pain, inflammation and depression are often the complaints of people suffering from an autoimmune disease.

Numerous autoimmune diseases cause chronic or even acute pain for those affected. CBD in its different dosage forms can provide relief in this case. The Swiss Journal of Health Medicine [1] summarizes some studies on CBD and pain reduction. The scientific conclusion of the studies from different sources is based on the fundamental assumption that CBD-rich extracts help patients with multiple sclerosis, for example, due to their analgesic and antiseptic effects. In this article 25 studies on CBD and pain are summarized. The authors conclude that CBD can relieve pain in an individual dosage.

The possibility as to whether CBD helps with inflammation, which is also common in autoimmune diseases, was examined in detail in several studies. Authors of a report [2] in the “Journal of Experimental Medicine” have investigated the question whether CBD can suppress inflammation. The interaction of glycine receptors and CBD was examined in detail. After tests in rats, in which the aforementioned receptors were connected with dorsal horn neurons, the following could be determined. According to the researchers, CBD suppresses chronic inflammation and, as a side effect, neuropathic pain within a clearly measurable and, above all, perceptible context.

There is evidence of cases in which people with autoimmune diseases fall into a depressive mood or even into protracted depression. This psychological “lopsidednes s” does not aggravate the autoimmune disease itself, but it does worsen the overall condition of the affected persons. Combating the depression triggered in this way can therefore contribute to general improvement. In a large number of studies, it is pointed out that CBD has anxiolytic effects. This means that CBD has, amongst other things, an antipsychotic and anxiety-relieving effect in depressions caused by autoimmune diseases. It is assumed that CBD acts via the body’s own CB1 and CB2 receptors. The anxiety-relieving possibility of CBD is also supported by a study [5] with a control group using placebos.

CBD – Hepatitis as an autoimmune disease

Autoimmune hepatitis (AIH) is a chronic liver disease. Patients of all ages are usually affected. Divided according to gender, women are more likely to develop AIH.

That CBD can be a help in liver disease is concluded by those authors who published their results [6] in the British Journal of Pharamcology. In the experiments, subjects suffering from liver failure were administered CBD. Within the subsequent 12-day continuation of treatment, the capacity of the liver improved considerably.

According to another study [7], CBD can be helpful not only after liver damage has taken place, but also before it occurs. According to pharmacologists, the preventive use of CBD can prevent liver damage. In particular, this was found to be the case with hypoxia-reoxygenation damage. According to the authors of the study, CBD has a protective effect on the liver.

In order to directly and best address the various known autoimmune diseases, there is a wide range of CBD products. If the effects of the disease are more likely to affect internal organs, the intake of either CBD tablets or CBD oils can be helpful. For lung complaints, inhalation of CBD liquid via a vaper (e-cigarette) can be a quick remedy.

For psoriasis and other autoimmune skin diseases, CBD creams or CBD ointments can provide relief on the spot.

Dosage of CBD in autoimmune diseases

The dosage of the different CBD products in the case of autoimmune diseases is a very individual matter. This depends on the physical constitution, the absorption capacity of substances and many other personally different factors.

One should start slowly and responsibly with the CBD dosage of the different products. In the course of time you can then increase the dose until the desired effect sets in. However, if adverse effects occur, the dose should be reduced again.

In any case, if you are affected by an autoimmune disease, you should talk to your doctor before taking CBD.