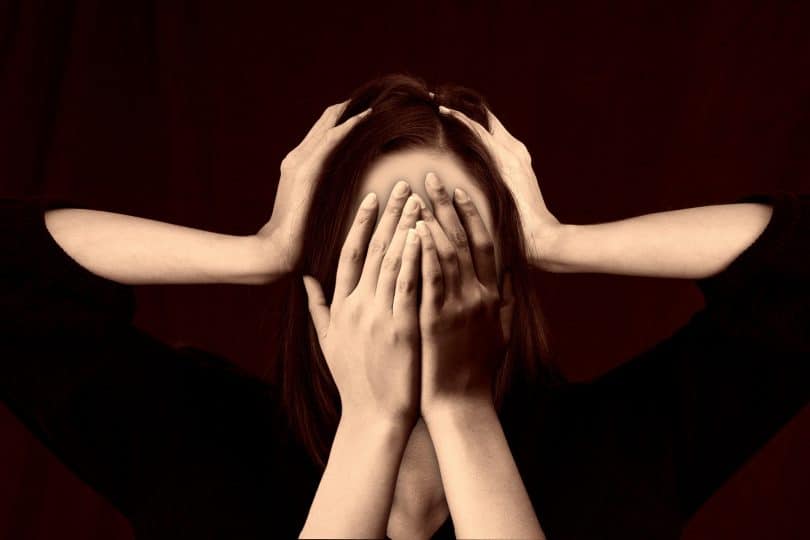 Extreme, uncontrollable mood swings, where those affected alternate between depression on the one hand and mania on the other – this is how experts describe bipolar disorder. This mental disorder is also known as bipolar affective disorder (BPAD).

As the name suggests, those affected oscillate between two opposing emotional extremes. If a patient is currently experiencing a period without such episodes, as they are termed in the literature, this is referred to as a normal state.

What connects CBD and bipolar disorder is the fact that this non-psychoactive and non-intoxicating hemp product is often used to modify the extremes of both kinds of episode. In the case of bipolar disorder, CBD can, on the one hand, dampen periods of mania and, on the other, it can have a mood-enhancing effect during periods of depression.

A striking feature of those who are experiencing manic phases is that they often come across as very charming, and many people simply cannot imagine that a serious illness might actually lie behind such a positive character trait.

The causes of bipolar disorder

Experts locate the causes of bipolar disorders in the human genome, as well as in social triggers. Psychologists and medical doctors now work on the assumption that predispositions within families provide the fertile ground upon which the medical condition can then develop in response to psychological and social triggers.

Certain effects are symptomatic of depression or mania and may be noticed by others. During depressive episodes, those affected suffer from apathy, thought disorders, lack of interest, low spirits, concentration disorders, and listlessness. These symptoms are classified as mild, moderate, or severe depending on how extreme they are. The consequences of depression include sleep disorders, loss of appetite, anxiety disorder, a sense of agitation, and a loss of libido. If those affected by bipolar disorder switch to mania, they suddenly become irritable, inappropriately cheerful and tend towards overconfidence.

Specialists usually treat bipolar disorder using a combination of medication and psychotherapeutic approaches. The problem with both of these forms of treatment is that they are often rejected by patients. During manic episodes, those affected overestimate their abilities, believing that they can cope with everything on their own. During episodes of depression, they believe that nothing can help them. This often results in doctors prescribing compulsory treatment.

During episodes of mania, antipsychotics are usually prescribed. These work quite reliably, but have a side effect whose impact should not be underestimated: motor disorders. Mood-enhancing medication and antidepressants are administered preventively against depression. In the case of depression-related emergencies (the threat of suicide), ketamine is one of the medications which is administered.

The side effects of antipsychotics, as well as of pharmaceutical antidepressants and mood enhancers, are well documented. Antidepressants, for example, restrict people’s ability to drive cars. Mood enhancers, on the other hand, temporarily reduce people’s cognitive function.

In the case of CBD, no such effects have been documented – quite the contrary. In cases of bipolar disorder, CBD is a very effective mood enhancer, neither reducing cognitive function nor affecting one’s ability to drive.

CBD and bipolar disorder – How can cannabidiol help?

To date, research into whether CBD generates improvements in cases of bipolar disorder is not yet conclusive, but specialists consider all the signs to be promising. The results of certain studies indicate that CBD can alleviate depression, post-traumatic stress disorder, and anxiety.

In 1998, the renowned Harvard Medical School in Boston, Massachusetts, carried out a study with five subjects who were suffering from bipolar disorder. The aim was to find out what effect cannabis might have on them. In the findings, those affected reported that medical hemp had helped them to better overcome both their depression and their manias.

A particularly interesting study was published by the University of Oslo in 2010. In this study, the authors examined the fact that, in the case of severe psychological disorders, cannabis can alter neurocognitive functions – or at the very least the fact that the data collected would permit such a conclusion.

A more recently published study asked the question: Can CBD help against bipolar affective disorder? Using CBD for bipolar disorder does not result in a complete cure. In the case of bipolar disorder, CBD is best at minimising symptoms, and can sometimes even prevent them from occurring at all. As shown in other studies, CBD can help in the communication between certain messenger substances and the corresponding receptors in the nervous system. This characteristic allows the CBD to be used to intervene in mental illness, of which bipolar disorder is one example. The reason for this is that the endocannabinoid system regulates certain messenger substances, such as serotonin. In the case of bipolar disorder, taking CBD stimulates the CB1 and CB2 receptors and brings serotonin levels into balance.

Many present-day experts are of the opinion that CBD can entirely counteract the psychoactive properties of the related substance THC. Researchers regard this property, i.e that of actively influencing people’s mental states, as a major argument for why CBD can at least play a supportive role in the treatment of bipolar disorder.

As already mentioned under the topic of causes, genetic predispositions provide general parameters for the development of the condition. In many cases, the trigger is a neurological stimulus which activates or disturbs the nerves in a certain manner. When it comes to bipolar disorder, this is where CBD shows great potential. Within the human nervous system, CBD has the advantage of acting both neuroprotectively and as an antioxidant. In cases of bipolar disorder, CBD is able to relieve many symptoms specifically by reducing oxidative stress in the brain. It is therefore clear that CBD protects the nerves.