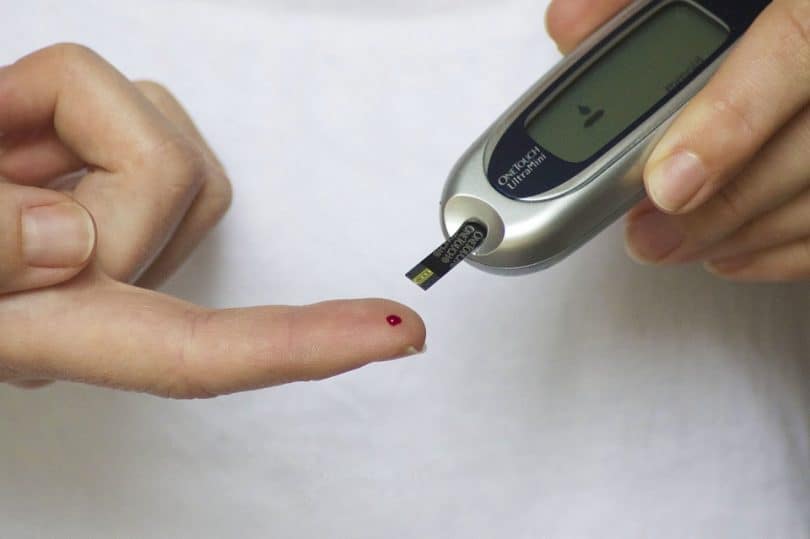 In today’s world of industrially produced and refined food, sugar is literally on everyone’s lips. One consequence of this is the increased occurrence of one of the diseases of civilisation: diabetes. According to WHO, the World Health Organization, the number of people over the age of 18 suffering from diabetes rose from 4.7 percent in 1980 to 8.5 percent in 2014. Sugar is omnipresent in all sorts of foods today – whether in the form of refined sugar, fructose or in one of many other hidden forms.

Diabetes is considered to be the main cause of a number of serious conditions. Thus, doctors and scientists often cite diabetes as the cause of blindness, heart attacks, kidney failure and strokes. The condition can get so serious that amputation is required.

Experts consider the hemp product cannabidiol, or CBD for short, to be one of the gentlest and, at the same time, most effective means of correcting the sugar balance in people with diabetes.

The causes of diabetes

There are two different forms of diabetes – type 1 and type 2. Type 1 diabetes is often caused by autoimmune disease. This occurs when antibodies destroy the insulin-producing beta cells in the pancreas. Most people who develop type 1 diabetes do so during childhood or adolescence.

The causes of type 2 diabetes are more diverse than those of type 1. The factor of heredity (genetics) plays a role, as does being overweight and the lack of exercise which is associated with this condition. Another possible trigger is insulin resistance, i.e. reduced sensitivity to insulin. Other factors are disturbances in the release of insulin and the faulty production of certain intestinal hormones.

Both types of diabetes are characterised by the accumulation of sugar in the blood and the urine. Diabetes can have serious health consequences if it is diagnosed too late.

Before reaching into the medicine cabinet, there are a few golden rules which are worth paying attention to, both by those seeking to avoid diabetes, and by those who are already affected by the condition. Controlled weight reduction, active exercise, healthy nutrition and avoidance of negative stress are fundamental rules to pay attention to in your behaviour.

Anyone who has had to resort to medication knows that there are two methods for administering it – orally and intravenously. Oral antidiabetic medication delays the absorption of sugar from the intestine, increases the excretion of sugar in the urine, lowers blood sugar levels after meals, or stimulates the pancreas to produce insulin. However, all pharmaceutical antidiabetic medications have proven side-effects.

CBD and diabetes – How can cannabidiol help?

Cannabinoids can be used both to treat and to control diabetes. According to some studies, CBD’s success in managing and treating diabetes is based on the fact that CBD has a positive effect on the metabolism. Cannabinoids also stimulate the production of insulin. The pancreatic cannabinoid receptor cells in particular contribute to the balanced regulation of glucose (sugar).

More specifically, experts distinguish CBD’s mechanism according to the two types of diabetes which exist. According to studies, CBD can delay type 1 diabetes. Cannabidiol also noticeably reduces disease-related symptoms. The reason for this is the anti-autoimmune effect inherent in CBD. Type 1 diabetes is often triggered by misdirected antibodies attacking certain of the body’s own beta cells. These cells are responsible for insulin production, and this problem can be averted by using CBD, as it hinders cell destruction. This ensures that the body has a normal metabolism. CBD thus improves glucose tolerance in type 1 diabetes and alleviates inflammation of the pancreas.

CBD has an anti-inflammatory effect – this is probably the greatest strength of this hemp product in the treatment of type 2 diabetes. In the case of this kind of diabetes, the pancreas does not produce enough insulin for the metabolism to run smoothly. This is often triggered by chronic inflammations. As mentioned above, in type 2 diabetes, the anti-inflammatory properties of CBD promote the regulation of blood sugar and thus also an improvement in insulin resistance.

On the basis of empirical studies, scientists conclude that CBD oils, for example, can increase the metabolic rate and thus combat the obesity caused by diabetes.

A large number of CBD studies are already investigating the effects that taking CBD has on diabetes. Currently, the vast majority of the research community confirms those results that show that CBD not only makes a significant contribution to diabetes prevention, but also that it is an important component in the therapeutic treatment of the disease. Controlled trials  carried out by doctors and researchers have also established that there are stabilising effects on the blood sugar level in the human body. In these studies, one group of people receives CBD and the other receives a placebo. Ultimately, a close association between CBD and CB1 receptors was demonstrated. These receptors are themselves closely associated with insulin production.

Following extensive tests, further studies have concluded that CBD oil increases insulin production and also achieves excellent therapeutic results in patients who have already developed the disease. The pain that type 2 diabetes, for example, can cause following prolonged periods of illness can be pleasantly alleviated by CBD.

If we in the western industrialised nations do not radically change our habits in terms of eating and exercise, diabetes will unfortunately continue to be an all too frequent problem in our everyday lives. There is, however, a glimmer of hope – CBD. Promising study outcomes suggest that CBD can, on the one hand, successfully be used to support treatment, and on the other, there are justified hopes that CBD might even prevent the onset of diabetes in the first place. Finally, it should be emphasised once again that the therapeutic benefits of CBD outweigh the few side-effects, especially in comparison to chemical-based pharmaceuticals.

Studies about CBD and Diabetes