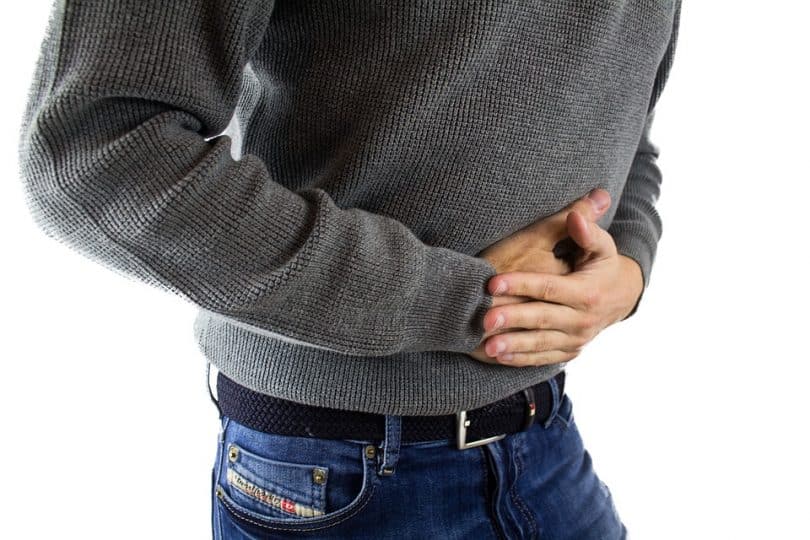 Fibromyalgia, also known as “fibromyalgia syndrome (FMS)“, is a condition, which causes pain in all sorts of areas of the body. This pain, as well as deep exhaustion and, frustratingly, simultaneous sleep disorders, constitute the core symptoms of fibromyalgia. Those affected also complain of problems concentrating and/or stiffness in the morning. Of those who have sought treatment at a medical facility, 80% are women.

In the case of fibromyalgia, it is primarily the proven soothing effects of cannabidiol (CBD) on chronic pain which make this substance effective. Fibromyalgia patients not only suffer from pain; the condition also causes their sensitivity to pain to greatly increase. There is not yet any established treatment for fibromyalgia which involves specific medication. However, the pain-relieving properties of CBD when used for other chronic conditions suggest that CBD may also help in the case of fibromyalgia.

The causes of fibromyalgia

Researchers have so far been unable to agree on a single cause of fibromyalgia. Instead, experts now believe that it is a combination of different factors which trigger the condition, doing so under certain circumstances. This is what is referred to as a “multifactorial development model”.

It is thought that social, biological and psychological factors have an influence on the onset of fibromyalgia. Experts have come to this conclusion because the condition is more common within families, because smoking and being overweight play a role, and because children who have been victims of domestic violence have a higher incidence of the disease in adulthood. Depression also plays a role in this context.

Researchers suspect that this high sensitivity to pain is caused by a malfunction in the endocannabinoid system. An external supply of cannabinoids, such as CBD, can compensate for the deficiency in the body’s own cannabinoids.

Diagnosing fibromyalgia is problematic, as there is no specific test to verify the presence of this particular condition. The work of developing a diagnosis is shared between a good doctor and the patient, who needs to be completely open about things.

No medication which can specifically combat fibromyalgia has yet been developed in the laboratories of any pharmaceutical company. Doctors generally prescribe mild antidepressants. This is not only because depression has been identified as one of the causes of fibromyalgia, but also because most antidepressants have a mild analgesic (pain-killing) effect.

However, many doctors are now moving over to CBD products, as these also lift people’s moods whilst also having analgesic effects, and do so without having serious side effects. CBD products, with their relaxation-promoting properties, also have a positive influence on pain-induced muscle tension.

CBD and fibromyalgia – What are the effects of cannabidiol?

The use of CBD for fibromyalgia – in all its forms of administration – provides a number of advantages. Since fibromyalgia can be in part attributed to an imbalance in the endocannabinoid system, i.e. to a deficiency of the body’s own cannabinoids, CBD in the form of CBD oils taken orally, for example, can contribute to pain relief.

In the case of fibromyalgia, CBD has a mood-enhancing and, above all, stabilising effect on the psyche. As already mentioned, experts highlight the link between mental imbalance and the development of this condition. It is thought that CBD is particularly helpful in this regard through its effect on the sleep-regulating properties of the psyche.

In the case of fibromyalgia, the nerves of the person affected are quite literally left bare. The smallest stimulus can lead to a completely exaggerated reaction, both physically and psychologically. Product reviews show that CBD is both relaxes and protects the nerves. In this way, CBD can make everyday life easier for those with fibromyalgia.

How CBD oil can help with fibromyalgia

The consumption of CBD oil for fibromyalgia has, amongst other things, an influence on the body’s innate autoimmune processes.  These influence the immune system and can thus alleviate the inflammation which causes exaggerated pain reactions in those affected.

Fibromyalgia patients often take strong painkillers. CBD oil can reduce the level of pain in fibromyalgia to such an extent that, in  some cases, painkillers may even no longer be needed, or they can be replaced with significantly milder sedatives. Powerful painkillers can lead to addiction, but using CBD oils for fibromyalgia can help to prevent this.

CBD oil, like other CBD products, provides the body, and especially the muscles, with such a level of relaxation that, as a consequence, the mind also gets the opportunity to recover. This is usually a result of CBD’s ability to relieve sleep disorders. People thus regain their control over their everyday lives.

So far, no active substance has been shown to have a medically proven preventive effect in the case of fibromyalgia – not even CBD. However, many patients live in constant fear of the brutal pain caused by this condition. Fibromyalgia patients experience constant, crippling fear of even the mildest pain; and the relaxing, muscle-soothing and pain-relieving properties of CBD can often take this away.

One of the toughest things which fibromyalgia patients endure is migraines. Even those unaffected by fibromyalgia can often end up disabled by migraines and the associated pain for days, but if the migraine is exacerbated by fibromyalgia, unimaginable pain can result. CBD can help against migraines, thereby providing preventative help for fibromyalgia sufferers.