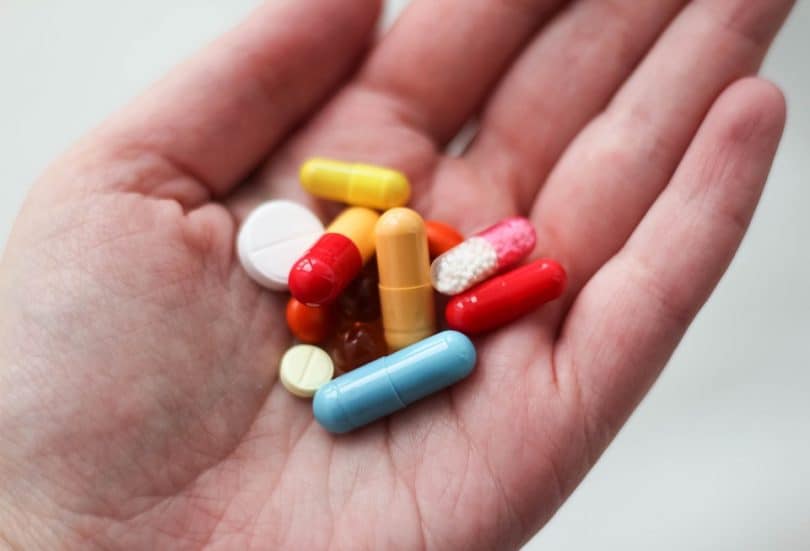 CBD and drugs: thanks to the growing number of studies in existence, researchers now know many of the effects of the CBD, an active constituent derived from the hemp plant. However, as in the case of research into other known active substances, cannabidiol research has “only” been carried out seriously for about 40 years – ever since it became known that it can be used to treat many medical conditions, and that it can also be used preventively. Compared with other substances which are known to have a positive influence on the human body, this is certainly a relatively short period. This area of research, which concerns itself with interactions between CBD and other medication, is thus still young, and new discoveries are being made all the time.

It should be noted that the term “interaction” here refers to something akin to that which is meant by the term “drug interaction”. Taking various different active substances or drugs at the same time, a phenomenon referred to as polymedication, can lead to undesired or unexpected pharmacological effects. These can include the strengthening, weakening or even the nullification of the desired effects.

Can interactions between CBD and medication occur?

An indirect interaction between CBD and medication has to do with the breakdown of medication. CBD inhibits specific enzymes (such as CYP2D6 and CYP2C19). These are, however, responsible for the breakdown of many pharmacological agents in the body, and so the interaction may result in the concentration of the medication in the bloodstream remaining unusually high beyond the intended period.

Although this can also have positive effects, for example if you want to prolong the duration of the effect of some kind of medication without increasing the dose, it can also increase the risk of harm occurring as the result of an unintended overdose.

In general, it can be said that there are hardly any CBD interactions, however, some have been proven. We recommend: Always consult your doctor if you are taking any strong medications.

By influencing the enzymes CYP3A4, CYP2C9, CYP2C19 and CYP2D6, CBD can cause further interactions to occur.

These risks also exist when consuming CBD in combination with drugs.

Studies have shown that CBD is an antagonist of the psychoactive substance THC (both of which are derived from the hemp plant). For example, taking CBD after smoking THC will reduce or even completely inhibit the effect of the THC.

On the other hand, if taken before consuming THC, CBD can even enhance its effects.

The same applies to other medication. The reason for this is that THC is broken down by the same enzyme that breaks down other medication, and this enzyme is supressed by CBD. The use of CBD can result in undesirable interactions in the case of the cytotoxic drugs used in chemotherapy.

As already mentioned, CBD inhibits the enzyme P450. Amongst other things, it is the reason that the dosage of powerful chemotherapy drugs needs to be so high, because it breaks such medication down. However, if the enzyme can no longer fulfil this task because CBD is present, the dose of cytostatic drugs in the blood increases to a fatal level.

What medication should not be taken in combination with CBD?

Certain types of medication, when taken over longer periods, can have a harmful effect on the human body due to their inhibition of the P450 enzyme. Medical specialists know that CBD should not be taken at the same time as these, as the danger of such an interaction constitutes a risk which is simply not worth taking.

Below we have listed the most common CBD and drug interactions:

Discussing contraindications of CBD with your doctor

Around 470 million prescriptions are issued in Germany every year. In the case of two percent of these prescriptions, i.e. 9.4 million of them, problems occur as a consequence of the medication patients are prescribed. Many of these problems could be avoided if patients checked package inserts more thoroughly for possible side effects and interactions,  as well as by informing the doctors issuing the prescription of all the substances they were taking, for example.

As described above, CBD interacts with the enzymes involved in the breakdown of active substances. If, therefore, this process of breakdown is not to be disturbed, following consultation with a doctor, the CBD contraindication should be taken very seriously. If such a contraindication is ignored, considerable damage to the health of the patient can result.

Ultimately, in the case of all substances which influence the body, it is always a good idea to consult a trusted specialist before taking them in order to discuss everything thoroughly.

A recent study[5] supports this kind of approach. In this study, the possible toxic effects of CBD on the liver were investigated. The research team found that the mice tested suffered liver damage within 24 hours. Specifically, the CBD drug Epidiolex was administered to the test animals. Whether this negative effect could also occur in humans was not established. Nevertheless, those behind the study advise those who suffer from alcoholism or a predisposition for liver damage to consult with their doctors thoroughly before taking CBD.