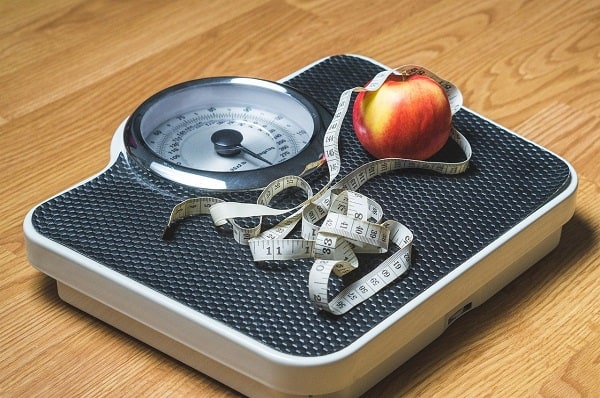 Eating can be a great joy, a great pleasure, and some people even manage to turn it into their jobs. However, excessive eating can also cause people to become overweight. Apart from deviating from the dominant beauty ideal, being overweight can result in consequences which are harmful to one’s health.

Sequelae of being overweight include back pain, cardiovascular disease, diabetes, strokes and even cancer. In Germany, for example, Universitätsmedizin Leipzig [1] reports that more than half of all adults are overweight, and 25% of adults and 6% of children are pathologically obese. And the number of people who are obese is growing.

Taking CBD for weight loss can be effective if it takes place in the context of a desire to lose weight and other measures appropriate for achieving weight loss. Due to the fact that pathological obesity has its origins in being overweight, that it is recognised as a form of addiction, and because CBD has already been used to treat addiction with very promising results, there are good reasons to expect that CBD may be able to help those who suffer from obesity as well.

CBD can, and this ought to be made clear at this point, also help those who suffer from anorexia. It sounds contradictory, but this surprising fact has to do with the fact that CBD has a harmonising effect on the endocannabinoid system. By regulating the release of certain messenger chemicals that determine the feeling of being full, CBD can help both in cases of obesity and in cases of anorexia. CBD can thus help to bring about a state of “normality”.

What causes people to be overweight?

Genetic, physical, social, and psychiatric factors can all cause people to become overweight. In addition to the presence of a food addiction, the medical community is aware of a number of other factors which can cause everything from being slightly overweight to being pathologically obese.

A study funded by the EU[2] identified 18 genes which increase people’s vulnerability to becoming obese. The same study also identified 13 genes which influence how fat is distributed over the body. According to one study[3], stress can also cause people to become overweight. In particular, workplace-related stress appears to be a factor here. By acting against stress CBD can be used to achieve weight loss indirectly.

Inappropriate (reward-seeking) behaviour can also cause people to eat more than is good for them. These people perceive meals not as occasions for eating, but instead as rewards for something they have done. Thus, eating makes them feel happy. Via its effect on the endocannabinoid system (ECS; nervous system), CBD can be understood as a substitute mood-enhancer triggering the release of hormones which are associated with feelings of happiness, such as dopamine, serotonin and norepinephrine. However, CBD is not addictive, does not cause intoxication, and nor is it psychoactive.

Physical causes are usually to be found in the metabolic system, or in the thyroid gland. Both long periods spent bedridden and pregnancy can cause people to become overweight. Hormonal disorders can, for example, also mean that the feeling of being full never arrives, with the consequence that those affected just carry on eating. CBD can have a harmonising effect in such situations through its ability to regulate the ECS.

Many different kinds of weight loss medication contain the active substance orlistat. Orlistat works by preventing the uptake of fats by the digestive system. Combined with a medically supervised weight loss programme, this substance does not reduce one’s appetite, but instead prevents the absorption of fat by the body via the intestines. This is achieved by stopping those enzymes which break fats down from doing their work. This substance also has side-effects. Amongst other things, it can cause diarrhoea and faecal incontinence.

There are also surgical approaches to achieving weight loss. Such procedures aimed at helping people to lose weight not only include the well-known procedure of liposuction, but also include operations for the purposes of reducing the size of the stomach or for fitting a gastric band.

An important factor when it comes to both weight loss and avoiding becoming overweight or obese in the first place is regular exercise and a balanced diet. Running, cycling and swimming have all proven to be helpful in this respect. However, any kind of physical exertion, such as taking up football or tennis as a hobby, can result in weight loss, if practised more than once a week.

CBD for weight loss – How can cannabidiol help?

Many, on reading about cannabis in the context of weight loss, think of it as acting as an appetite stimulant – at least this is what one often hears when people talk about their cravings after smoking a “joint”. Generally, THC has the effect of stimulating the appetite. In the case of those who are overweight, however, CBD mostly has the effect of minimising or even suppressing cravings.

One study has also demonstrated the effectiveness of CBD as an appetite suppressant[4]. In this research, CBD was administered to rats and it was found that their appetites were subsequently significantly reduced.

The positive impact of CBD for weight loss has also been shown in a study from Korea[5]. The researchers concluded that, by stimulating certain genes and proteins, CBD has a positive effect on the metabolism via fat catabolism and oxidation, among other things, thus helping people to lose weight. Another study[6] also confirms the effect that CBD has on the mitochondria, both in general and in the case of people who are overweight. CBD increases both the numbers and the activity of these organelles.

Mitochondria may be important when it comes to breaking down body fat. In their experiments, the Korean researchers also showed that CBD can have inhibitory effects on certain proteins which are involved in the generation of fat cells. This has the effect of preventing the body from building up excessive deposits of fat.

Psychological factors such as anxiety or depression can both cause people to become overweight, and be caused by the condition of being overweight. In both cases, CBD can help. Through its mood-enhancing properties cannabidiol can help those who are overweight to feel comfortable in their own skin again and not to feel compelled to eat due to frustration, anxiety and depression. According to one study[7], neuropsychiatric conditions, which include epilepsy and schizophrenia as well as anxiety, are alleviated by taking CBD products such as CBD oil or by vaping CBD e-liquids.

One effect which vaping CBD e-liquids can have when it comes to losing weight is something which smokers have long been aware of. Many smokers reach for their cigarettes when they are hungry. This way, they are generally able to maintain a constant weight. If they then give up the unhealthy habit of smoking, they can end up gaining weight. Vaping CBD e-liquids serves as an alternative activity to smoking and can thus alleviate what might otherwise become an irresistible urge to eat.