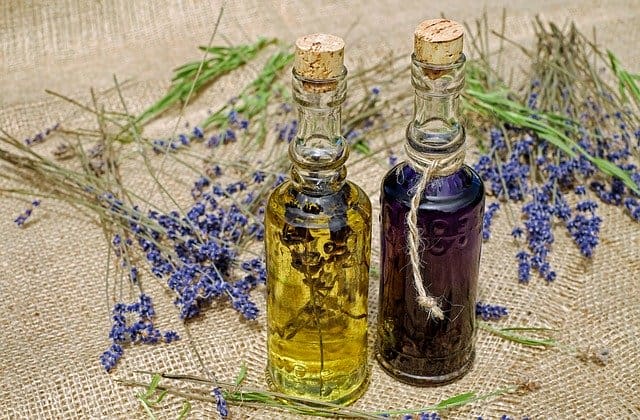 Aromatherapy is not an invention of modern times. Already in ancient Egypt and in the Mesopotamian Empire, people relied on the fragrant ingredients of essential oils. Even in the Roman Empire, as the historian Pliny the Elder reports, the most advanced culture of the time used mint oils to purify the air in hospitals.

Definition: What is a CBD aroma oil?

Many oils can be used for the purpose of aromatherapy. In addition to sage or thyme, cannabidiol (CBD) has also found its way into aromatherapy. CBD is a substance that is extracted from the cannabis plant (hemp). Mostly extracted via the gentle CO2 process, CBD has several advantages over the related THC. CBD is not psychoactive, is not addictive and does not cause intoxication. The EU limit for THC also applies to all freely available CBD products in the UK. This is 0.2 % and below.

But what is a CBD aroma oil? Aroma oils in general describe essential oils that are used either to increase well-being or to alleviate complaints. In aromatherapy, not only the sense of smell is addressed, but CBD aroma products can also be applied to the skin. Users like to describe these CBD aroma oils as sensual fragrances for the soul and the body. Unlike in Germany, the costs for aromatherapy in England and France are often covered by the health insurance companies there.

Why are CBD products declared as aromatherapy?

CBD aroma products must be legally labelled as not suitable for consumption. The reason for this labelling and the declaration of, for example, CBD oil as CBD aroma oil is due to the rules in Germany. In order to be approved as a CBD product in this country, the products must first fulfil two criteria. Point one – as already described, the THC content must not exceed 0.2%. Point two – if the manufacturer writes a dosage recommendation on the packaging, this must always be closely examined on the basis of laws.

By labelling a CBD oil as an aroma oil, many manufacturers of cannabidiol products circumvent these hurdles. Although this avoids the examination, it also means that no dosage recommendations or healing promises may be made by the manufacturers. In addition, the producers are obliged to print the note “not suitable for consumption” on the packaging. This means that the end consumer should only use CBD aroma products and CBD aroma oils for the purpose of aromatherapy.

Basically, aromatherapy uses essential oils to treat illnesses and mood disorders. Plant substances mixed with oil are used. Aromatherapy is considered by experts to be a complementary method of medicine – i.e. a supplement to classical orthodox medicine. In private households, the oils are used, for example, in aroma lamps, in scented patches, in cold baths or also in massages.

Aromatic substances such as CBD aroma products or specifically CBD aroma oils work in therapy via the sense of smell in a wide area, via inhalation for example over a warm water bath or by rubbing on the skin.

Since the 1970s, research has increasingly focused on the effect and application of CBD products such as CBD aroma oil. Based on studies by high-ranking researchers, many different areas of application for CBD have been found in recent years. Not only does CBD have a pain-relieving effect, it has also been proven to reduce inflammation in the body. CBD aroma oils spread an ethereal calming effect that people with sleep problems, for example, take advantage of. There are studies that also deal with the link between CBD and mental illnesses. Even though these studies have not explicitly dealt with the use of CBD aroma oils for mental problems, they have found that CBD in general can have a mood-lifting effect on depression, for example. These properties, which are sometimes described as relaxing, are also appreciated by users in stressful situations.

CBD aroma products in general and CBD aroma oils in particular are used by many users for very different purposes. On the one hand, the aromatic CBD products can improve the indoor climate, on the other hand, they can be inhaled or rubbed in directly by an individual person. Here are three examples of ailments that can generally be alleviated by CBD products.

Sleep disorders can manifest themselves as difficulty falling asleep or restless sleep that is repeatedly interrupted by periods of wakefulness and is therefore not relaxing. Experts assume that every third adult suffers from sleep disorders of varying severity. More than 100 different causes of sleep disorders are currently known to medical experts. Among them are rare ones like restless leg syndrome. Restless leg syndrome is a condition in which the limbs twitch so violently during sleep that the person wakes up again and again. The effects of sleep disorders vary. They can range from fatigue to nightmares to sleepwalking.

CBD aroma products and CBD aroma oils can contribute a calming atmosphere to solve the problem. In these cases, CBD helps in a particularly natural way to calm not only a restless mind, but also a possibly inflamed body.

Participants in a study at the University of California stated that their insomnia improved when they used CBD. This result is supported by a report [1] from researchers at the University of Colorado, in which a 10-year-old patient is described. She suffered from a sleep disorder that was due to post-traumatic stress disorder. CBD measurably improved the quality of the patient’s sleep.

Stress can occur in both professional and private life. If it is positive, it can increase performance. However, if it is based on negative conflicts or other low esteem, stress can quickly inhibit anyone. This often leads to even more stress and a vicious circle begins.

CBD aroma oils and also other CBD aroma products could be helpful here. One trigger of many stress reactions can be anxiety disorders and panic attacks. A study [2] has shown that CBD products can have a mitigating effect on panic attack sufferers. Stress can also stem from persistent poor sleep and its effects. CBD can also alleviate this stress, according to an expert study [3].

Stress is often triggered by psychological strain. CBD can have a positive effect via its influence on the endocannabinoid system (ECS), a part of the human nervous system, and the release of adrenaline. CBD can harmonise the adrenaline level, which is partly responsible for the level of stress in the body, and it can also help through its influence on cortisol. Cortisol is responsible for the flight and fight response. CBD can do a lot for a person’s composure by regulating cortisol levels. It can be said that the higher the cortisol level, the more stress a person feels. In a double-blind study [4], half of the subjects were given CBD products and the other half were given placebos. The members of the CBD group felt significantly less stress. According to the researchers, the reason was the lowered cortisol level.

To combat stress in the office, many people use a fragrance lamp in which they put a CBD aroma oil-water mixture. A tea light underneath and the CBD aroma product slowly evaporates.

CBD is not only used as an anti-inflammatory agent [5] but also works against pain. Around half of all adults suffer from recurring headaches. When it comes to migraines, twice as many women suffer from them as men.

CBD has a pain-reducing effect. A study [6] from 2018 shows that CBD products such as CBD aroma oil could help with headaches as well as migraines. Nowadays, many people who suffer from migraines or other headaches use CBD aroma products to create an olfactory (smell) helpful atmosphere against the pain.

Side effects of CBD aroma products

Cannabidiol is known to have hardly any side effects. However, it should be noted that even with CBD aroma products such as CBD aroma oil, a severe overdose may well lead to loss of appetite and fatigue. The complete function of the placenta can be impaired by the effects of CBD on certain enzymes. In individual cases, it has been reported that inhaling CBD aroma products causes a dry feeling in the mouth. The reason is that CBD activates certain receptors that also change saliva production. A sip of water can compensate for this side effect.

Where can I buy CBD aroma products?

CBD aroma products can be bought legally both in stationary trade and in online shops. Not only specialised CBD and hemp shops offer CBD aroma oils, but also larger chains.

Price: How much can CBD aroma oils cost?

CBD aroma oils are available in different quantities and usually also in CBD concentrations. For a comparison of the prices of CBD aroma oils, we will use 5 % in a quantity of 10 ml. The cost of CBD aroma oils in shops can range from 28 euros (£25) to around 80 euros (£70), depending on the supplier.

Are aroma products with cannabidiol legal?

In the UK, CBD aroma oils are legal to purchase as long as they only contain trace amounts of THC. If this condition is met, the CBD aroma products are not illegal. Within the EU, a limit of 0.2% is mandatory. However, if you order CBD aroma oils from Switzerland or buy and import them there, you have to pay attention to the THC content. There, THC contents of up to 1 % are permitted. These products may not be imported into the the EU or UK and are illegal there.

Not suitable for consumption – Can I still take CBD aroma oils?

As an enlightening authority, we would like to make it quite clear at this point that according to the legislator, products that are declared as CBD aroma oils are not intended or suitable for consumption. This is supposed to be proven by the inscription “not suitable for consumption” on many CBD oils, even those of particularly high quality. But the question arises, why are CBD aromatic oils not allowed to be consumed?

This declaration applies because the manufacturers want to avoid being arbitrarily tested for THC content. According to the authorities, it could theoretically be possible to get high on CBD products with a THC content that is permitted throughout the EU. Due to the limit of 0.2%, one would have to ingest several litres of CBD to be able to measure a significant THC content – and one would still not get high from it. To avoid this limit, many manufacturers declare their CBD oils as CBD aroma oils.