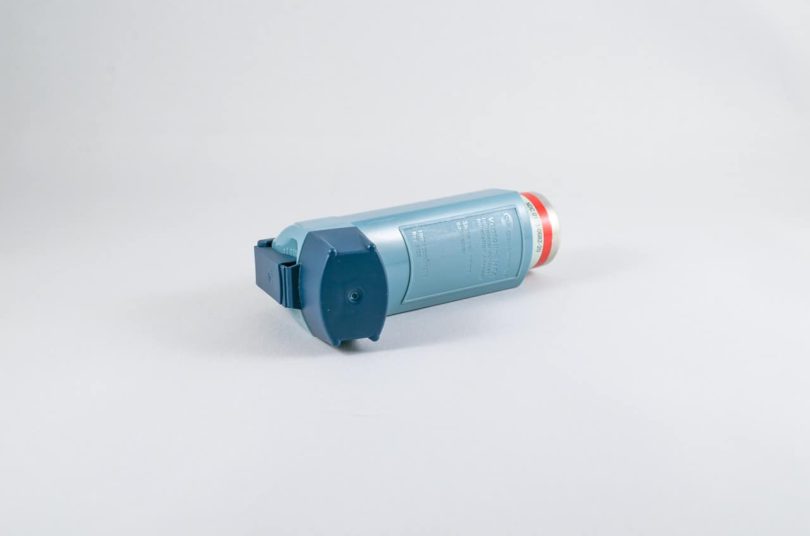 Currently, about 10% of children in the UK suffer from asthma. The figure for adults is around 5 %. A distinction is made between allergic and non-allergic asthma. However, mixed forms are much more common than one of the two pure forms of asthma. A trigger often diagnosed in children is cigarette smoke in the household or in their parents’ car.

Even though there is no cure available today, the anti-inflammatory properties of CBD in particular are effective against asthma and raise hopes for improvement.

Shortness of breath, inflammation of the airways: CBD as a remedy for asthma?

What is asthma? What are the symptoms and what are the causes? In order to understand the effect of CBD in this form of respiratory inflammation, it is first necessary to look at the interrelationships.

Asthma, also known as bronchial asthma, is an inflammatory as well as chronic disease of the airways. It is accompanied by permanent hypersensitivity of the organs (for example, the lungs) exposed to such stress.

The main consequence of this inflammation is shortness of breath due to the narrowing of the airways caused by an increased occurrence of mucus or a cramp in the bronchial muscles.

How do you know that you suffer from asthma? The symptoms are important. The most common symptoms of asthma are as follows:

All types of asthma are associated with inflammation of the airways, but the causes are divided into allergic and non-allergic.

Allergic asthma is often the result of a genetic disposition of the person affected. This predisposition is triggered by allergens, namely environmental substances. These allergens cause the release of allergy triggers such as histamines or leukotrienes. This results in the airways becoming narrower.

Hay fever can also spread beyond the nasopharynx to the so-called lower airways, where it can lead to an asthma attack. This is how, for example, the well-known pollen asthma develops.

Although there may only be one trigger at the beginning of allergic asthma, this can increase as the illness progresses.

Non-allergic asthma is usually caused by stimuli other than the allergic variant. Often it is specific infections of the respiratory tract that cause it to become narrower and thus lead to breathing problems.

In this case, CBD can help to relieve the inflammation that occurs.

Non-allergic asthma can also be caused by:

Use of CBD in asthma? Studies and effects

The potential for CBD to act against asthma and its symptoms is undoubtedly there. In particular, the anti-inflammatory and anticonvulsant properties of CBD can be helpful in asthma.

The cramps in asthma cause physical pain as well as breathing difficulties. CBD has an analgesic effect and can therefore have a positive influence on acute asthma attacks in addition to its anticonvulsant effects.

In the 1970s, the effect of THC, the psychoactive substance in cannabis as opposed to CBD, was investigated for use with asthma. It actually has an inhibitory effect on the narrowing of the airways. The problem was that THC also had a psychoactive effect and caused intoxication. Subsequently, research shifted to CBD for this very reason. It provides all the advantages of THC without the disadvantages.

CBD has been found to prevent bronchial constriction. In an asthma attack, CBD taken orally or by inhalation can cause the bronchi to open and the airways to dilate. This is accompanied by easier breathing.

Aside from acute moments such as seizures, the general application should be especially emphasized here. According to a study by Mediators of Inflammation, CBD taken for asthma helps to cause a decongestant reaction due to its immune-strengthening (via the endocannabinoid system) and anti-inflammatory character.

There are asthma patients who have to take painkillers, some of them strong, because of the often latent agony caused by the after-effects of an acute attack. CBD taken for asthma can relieve this secondary pain. If pain persists, patients do not have to take such high doses of painkillers thanks to CBD. CBD also reduces the likelihood of becoming dependent on them.

Studies confirm the effectiveness of CBD

Study results suggest that CBD can help with allergic asthma by lowering TH2 and TP cytokine levels. According to the results, CBD can also have a positive effect on mucous membrane hypersecretion for those affected.

Studies [1] such as those published in the European Journal of Pharmacology in 2012 show that it is reasonable to conclude that CBD can also be helpful in lung injuries associated with inflammation.

Asthma medication is usually inhaled. Dosing inhalers or powders are administered directly into the airways. An inhalation solution is also occasionally used to fight an attack. This is vaporised or nebulised using special inhalers. In this state of aggregation, the liquid can help in the lungs without causing damage.

These asthma drugs are all used to treat an attack. However, there are also ways to prevent asthma attacks. The most important thing with the allergic variant is to avoid the triggers. Avoiding the trigger substances can lead to severe personal restrictions – such as giving up a beloved pet whose fur is a trigger. In the case of the well-known baker’s asthma, a change of profession is recommended.

People who suffer from asthma caused by mites or pollen should wear a breathing mask. Many forms of asthma are caused by inflammation of the respiratory tract, which makes it swell and constrict. This is where, for example, CBD can help regulate asthma.

CBD’s anti-inflammatory properties either prevent swelling from developing in the first place or can have a positive effect on existing swelling of the airways.

CBD oil to relieve the inflammation of the respiratory tract

CBD is currently used, and probably also in the future will be administerd, in the well-known and popular dosage forms:

In principle, CBD should not be considered a panacea for asthma. A doctor should always be consulted before taking CBD. Take CBD hemp oil for asthma in drop form. This way the cannabidiol is absorbed through the mucous membrane of the mouth.

CBD liquid is particularly suitable for the bad combination of smokers and asthmatics. With this form of therapy, as with some special inhalers, the ingredients are electrically vaporised and supplied to the body by inhalation. In this way, “normal” smoking is not only simulated without its harmful effects, but the positive effects are obtained via CBD liquid.

As described at the beginning, 10% of children in the UK currently suffer from asthma. Therefore, the question of whether one may give one’s child CBD if they have breathing difficulties is a natural one. What should be done if asthma is diagnosed?

This is a sensitive issue. CBD affects the child’s neuronal development. However, it can also have an anti-inflammatory and antispasmodic effect on children. Whether you can use cannabidiol for your child should always be discussed with your doctor.

You can find more information in our article on “CBD for Children“.

FAQs about CBD for asthma

When taking products containing cannabinoids, interactions with various medicines may occur. If you are taking medication yourself, the use of CBD and other cannabinoids should be discussed with your doctor beforehand.