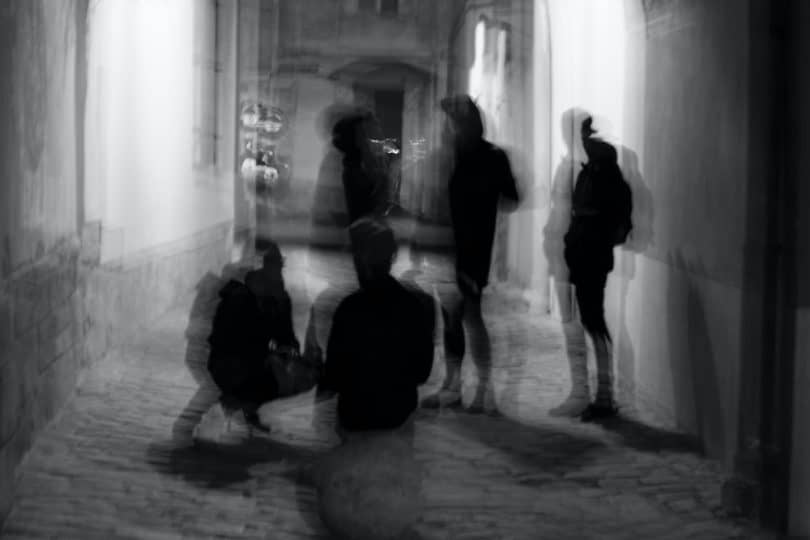 Researchers have discovered and shown in studies that CBD can be a chance in the case of anxiety disorders. It depends of course on the person themselves. Why not try it out for yourself and see if CBD oil, for example, can help against panic attacks.

In humans, as in most animals, fear has an important physical function. It sharpens the senses and can temporarily increase physical strength.

As a survival and protection mechanism, fear initiates appropriate behaviour in response to the respective threat. To ensure the survival of the individual, successful species react relatively quickly to a feeling of fear. For this reason, false alarms are quite common, so to speak.

You are not alone!

Cannabis and CBD can be an opportunity! Using CBD for anxiety disorder can help quite a lot. CBD oil could also be good for panic attacks.

However, if the fear is not rationally justified or is inappropriate as a reaction to the actual threat situation, experts speak of a so-called anxiety disorder. The technical term for this is phobia. In addition, the specialist literature also recognises a second main group of fears. These are called diffuse or unspecific fears. They occur without a trigger and are spontaneous and random. Phobias, however irrational they may be, usually have a trigger.

What are anxiety disorders?

As an affect, anxiety is a body-inherent emotional phenomenon. However, if this feeling occurs excessively, it is called an anxiety disorder. In a so-called generalised anxiety disorder, the person affected constantly experiences a feeling of tension and anxiety. The disturbing thing about it is that you feel anxiety and extreme tension about normal, everyday events and problems. What those affected worry about is interchangeable.

Some people experience an anxiety disorder about illnesses of relatives, an accident they may have had or certain animals.

There are many other things that can be imagined. Worrying is a normal reaction. As with everything, it is the dose that makes the poison. People who suffer from generalised anxiety disorder worry excessively – especially when there is no real danger. They also lose control over their worries.

Psychologists generally assume that generalised anxiety disorder is only present when the condition lasts for at least six months. Experience also shows that certain symptoms are present. These include:

How do anxiety disorders develop?

Experts currently assume that anxiety disorders can be inherited. This is known as genetic influence. This are expressed, for example, by the fact that people with an anxiety disorder can always be shown to be overactive in certain areas of the brain compared to people who are not affected.

Current explanatory models assume that in patients with anxiety disorders, certain neurotransmitters in the brain, which provide relaxation in others, are barely or not at all present or function considerably less well.

However, psychological triggers have also been observed. The risk of developing an anxiety disorder is higher among people who had no or a poor relationship with trusted people like their parents when they were children. There are many other triggers besides those mentioned above. But these would go beyond the scope of this article.

One symptom that patients with an anxiety disorder have is that they find it particularly difficult to bear the impossibility of absolute safety. This means that something unforeseen can always happen in traffic, at home or at work. They react with the greatest sensitivity to stimuli that could pose a danger to them or to people important to them (partner, child, …). For example, the affected persons always perceive so-called ambiguous stimuli, which are mostly harmless and only rarely threatening, as highly threatening.

Another indication of being affected by an anxiety disorder is the feeling that only preventive worries can protect you from disappointment or misfortune. People say to themselves that if they are scared as a precaution, they will not be disappointed if something actually happens.

Genetics and neurochemistry also know of biological causes. As an indication of genetic causes, twin or family studies are often used. These studies have found that an imbalance in the serotonin, norepinephrine, dopamine and adrenaline neurotransmitters can be the cause. Results from neurochemistry confirm this assumption.

Currently, cases of anxiety disorders are treated with psychotherapy and medication. In the former, behavioural therapies, depth psychology and certain relaxation techniques are used. Self-help groups and sport have also proved to be helpful.

Antidepressants have a mood-lifting effect. The “problem” is that it can take weeks until a real effect against an anxiety disorder appears. Low-potency neuroleptics are also used as anxiolytics, however because of the many adverse effects, doctors only prescribe them in special cases.

CBD, a cannabinoid found in hemp, is becoming increasingly popular among people with phobias these days. Cannabidiol (CBD) is one of more than 100 ingredients of the cannabis plant. As well as CBD, THC is the most prominent representative of this substance family. But unlike THC, CBD is not psychoactive, does not cause addiction and does not cause intoxication.

Usually the fantastic cannabinoid is taken as CBD oil. Just add the drops under the tongue. However, there is no correct CBD dosage for anxiety states. Start slowly and work your way up.

CBD is considered a positive herbal alternative to synthetic drugs by many people affected by anxiety disorders.

How does CBD work for anxiety disorders?

As explained above, an imbalance in the body’s own serotonin level can lead to anxiety disorders, panic attacks and depression. The disharmony of serotonin is usually triggered in the brain. There are now research results that suggest that CBD can help. CBD taken for anxiety disorders, panic attacks or depression can work by influencing the 5-HT1A receptor in the brain.

The 5-HT1A receptor is also called the serotonin filler in professional circles. This means that substances that bind to this receptor can have an anxiety-relieving effect.

Does CBD help against anxiety disorders? Research has so far shown that a related but illegal substance to CBD called THC activates the cannabinoid receptors CB1 and CB2. The psychoactive effect of THC is, according to the researchers, the reason for the useful but illegal effect in anxiety disorders.

The mechanisms how and whether CBD works in anxiety disorders have not yet been fully explored.

Just like THC, CBD influences the receptors CB1 and CB2. Especially the influence on the CB1 receptor casts a positive light on CBD in anxiety disorders and panic attacks.

The influence of CBD via the endocannabinoid system (ECS) also shows that this can be a positive aspect in the treatment of anxiety disorders and panic attacks. Scientists assume that the stress-reducing effect of CBD is related to the paralimbic and limbic areas of the brain. CBD could therefore reduce social anxiety disorders in particular.

An animal study[1]has shown that strengthening the ECS by using CBD can be an effective strategy in combating psychological consequences and behaviour-related stress. Here, CBD works in such a way that it facilitates signal transmission and thus promotes rapid stress reduction.

A recent study[2]by the University of Leipzig deals with the effect of CBD on anxiety disorders. The study was conducted randomly. The results were tested in a placebo group. The study involved 40 test persons, all of whom were suffering from social phobia at the time of the survey. At the beginning, the individual anxiety value of each participant was measured. After 30 days of taking either a CBD oil or a placebo, the results were measured again. Three of the 40 participants left the experiment for personal reasons. At the end, 17 of 19 of the remaining CBD group members showed a significant improvement in anxiety values. It should be critically noted that the study was conducted under the supervision of lecturers, but nevertheless by students.

Three independently conducted studies[3][4][5] show that the basic building blocks of the cannabis sativa plant have a proven positive effect on patients with an anxiety disorder.

In a double-blind study [6], patients from one group were given CBD and another group a placebo. Those who received CBD showed significantly lowered cortisol levels. The associated lowered stress level both calmed and reduced anxiety.

How quickly does CBD oil act on anxiety?

CBD is available in different dosage forms. The most popular and therefore most common form is CBD oil.

As an affected person, you should try to find the best dose when taking CBD. It can therefore take some time before the potential effect sets in.

CBD liquids can provide a quicker result. These are absorbed via a vaper (e-cigarette) but even here, the approach to achieving the appropriate dose is quite time-consuming.

If you have a panic attack, you should quickly take a few drops or vape it.

Which CBD drops are available?

As already mentioned, CBD oils are available in different dosage levels. But which CBD oil is effective for anxiety disorders?

This depends entirely on the physical constitution of the person concerned. Here is a possible way how to dose CBD.

Our experience – how many CBD drops for anxiety?

The following possibilities could be considered as starting points for a personal dosage setting.

Anxious animals tend to behave destructively. Dogs bark, cats scratch. Both animal species also tend to have a fear of loss. On days like New Year’s Eve or during thunderstorms, animals can develop anxiety disorders caused by loud noises. CBD can help to reduce the fears of pets or prevent them from breaking out in the first place.

FAQs on CBD for anxiety disorder

Can CBD cause anxiety?

No. CBD can even help reduce anxiety. Only the psychoactive THC could trigger anxiety.

Yes, through the endo-cannabinoid system, CBD oil can help relieve anxiety. It activates body receptors and brings the messenger substance balance into harmony.

Which CBD oil helps against panic and anxiety?

Purchase a serious product at reasonable prices with good reviews. Use the rating platform on CannaTrust.uk!