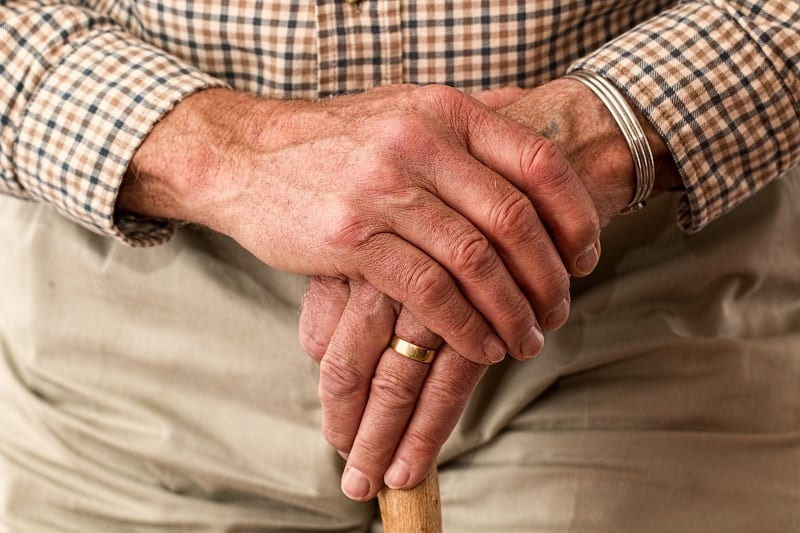 Tremors are characterised by the repeated involuntary and rhythmic contraction of opposing muscle groups at the same time. In the specialist literature, tremors are differentiated according to their cause, how often they occur, the region of the body they affect, and their strength and frequency. Generally, essential tremor is regarded as being genetic in origin.

Tremors are defined as a neurological medical condition which generally causes motor disorders in various parts of the body. The extremities are most strongly affected. People’s hands and arms tremble significantly more often than their legs do, for example. According to the experts, tremors are the most common neurological disorder, but it is also a condition for which there are effective treatments.

CBD is a non-psychoactive cannabis product, which causes neither intoxication nor addiction. According to the current state of research, it can be particularly effective at alleviating neurological conditions. CBD can soften the effects of bouts of essential tremor, but CBD also helps people to calm down.

The causes of essential tremor

Essential tremor can simply occur spontaneously, but medical science usually seeks, and finds, a genetic cause. The chance that an individual will develop an essential tremor is higher if cases of essential tremor have already occurred in their family. It is suspected that autosomal dominant inheritance via chromosomes 2, 3 and 6 could be the cause. Some experts also believe that chromosome 16 can also cause essential tremor.

Essential tremor can occur at any age – meaning that both children and adults can suffer from it into old age. Statistically speaking, most people with essential tremor start feeling the effects between the ages of ten and twenty, and between the ages of sixty and seventy. Medical professionals assume in such cases is that the condition is progressive, i.e. that the condition will worsen over time. However, there are also patients whose symptoms do not change for a long periods of time.

Essential tremor demonstrably causes stress in the body. In cases of essential tremor, CBD can counteract this stress, especially by inhibiting and limiting the extent of the attacks.

What kinds of medication help against essential tremor?

Beta blockers are also used in cases of essential tremor. This kind of medication blocks the stress hormone adrenaline and inhibits the effect of the neurotransmitter noradrenaline. Beta-blockers not only lower blood pressure, they also lower the body’s resting heart rate. According to many doctors, this is a crucial factor in cases of essential tremor, which is co-determined with the heart rate.

CBD also has a regulatory effect on noradrenaline levels via the endocannabinoid system (ECS) and its receptors. Thus, in the case of essential tremor, CBD has a similar mechanism of action to beta blockers.

CBD and essential tremor – How can cannabidiol help?

Researchers have been able to conclude that CBD helps to relieve essential tremor following a study which investigated [1]the use of CBD in cases of drug-induced tremor. The lead researcher of this study suspected that CBD would probably activate the 5HT1A receptor. This would reduce the transmission of stimuli via receptors in essential tremor. This conclusion was confirmed by a further study[2].

Whether CBD is taken in the form of CBD oil, CBD e-liquid, CBD salve or ointment, or CBD cream, it generally reaches the human nervous system quickly. Since it is then able to activate special messenger chemicals, CBD can moderate tremor attacks, making them less extreme. Doctors suspect that the reason for this is that CBD may protect the nervous system in cases of essential tremor. The ability of CBD to calm the mind may also play an important role.

Another study[3] suggests that cannabis products may limit tremors. The researchers determined that CBD has promising effects on the shaking which characterises movement disorders such as essential tremor.

Other kinds of tremor and how CBD can help

The specialist literature recognises other kinds of tremor in addition to essential tremor. These include increased physiological tremor, psychogenic tremor, Parkinsonian tremor, the tremor associated with Wilson’s disease, primary orthostatic tremor, neuropathic tremor, Holmes tremor, cerebellar tremor, and many others.

For tremors, CBD is not a panacea, but once muscle cramps or other cramps start to occur in addition to the tremor itself, CBD can also have a soothing effect due to its relaxing properties.