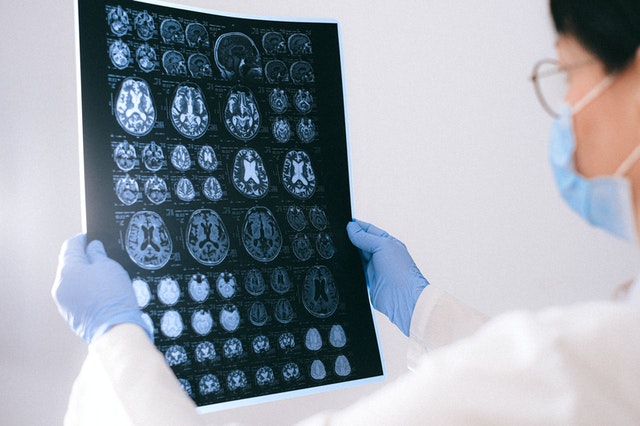 The name Huntington’s disease is based on the American doctor George Huntington. It was he who first described the disease in 1872 and recognised that it was a hereditary disease. “Chorea” is Greek and means dance.

Huntington’s chorea is considered a very rare hereditary disease. In the UK, it is estimated that about 6,000 people suffer from it. In Western Europe and North America, around ten out of every 100,000 people are said to be affected by Huntington’s syndrome, according to current estimates. The onset of Huntington’s disease can happen at any age. The first symptoms appear with above-average frequency between the ages of 35 and 45. But children and older people can also be affected. According to experts, the “year of onset” is also due to where the genetic mutation responsible for it is located in the genome.

If one suffers from Huntington’s syndrome, changes in character, movement disorders or even dementia are common symptoms. Not many substances have an influence on the disease and its symptoms, and if they do, it is unfortunately on a small scale. Currently, it is mainly the symptoms of Huntington’s disease that are treated with medication. Self-help groups are an important support, not only for the patients, but also for their relatives.

Huntington’s syndrome: CBD as an opportunity

In the meantime, Spain in particular has developed into a research centre for Huntington’s syndrome in connection with CBD.

In connection with Huntington’s disease, CBD can help with symptoms such as depression or weight loss.

To understand how CBD works for Huntington’s disease, we first need to take a closer look at the causes and symptoms.

The cause of Huntington’s syndrome is the gradual destruction of nerve cells in very specific areas of the brain. The destruction is caused by a genetic defect. Both men and women are equally affected by the disease.

If one of the parents carries the defective gene, each child has a 50 percent risk of getting both the mutated gene and Huntington’s disease. Geneticists call this an autosomal dominant inheritance. Dominant means that the disease develops even if the mutated gene is present in an altered form on only one of the paired chromosomes.

The symptoms of Huntington’s disease can basically be divided into the early stage and the late stage.

In the early stages of Huntington’s disease, symptoms that are not exclusive to the disease often occur.

Psychological abnormalities such as:

Affected persons also report that they become increasingly anxious and also lose spontaneity. In addition to the psychological symptoms, Huntington’s disease also causes movement disorders. These usually come on suddenly. They involuntarily move the head, hands, legs, arms or even the trunk.

In particularly severe cases, there is what used to be called St. Vitus’ dance – a slightly prancing gait typical of the disease. In the early stages of the disease, sufferers consciously try to conceal these unwanted movements in normal movements. Experienced outsiders can recognise Huntington’s syndrome through these often exaggerated gestures.

In the advanced phase of Huntington’s disease, further symptoms become apparent. Then not only the muscular musculoskeletal system is affected, but also the muscles of the throat and tongue. This is usually noticed due to staccato speech. The sounds are fired as if from a cannon and emitted explosively.

In addition to speech problems, swallowing problems can also occur. The swallowing problems can develop into pneumonia. The loss of mental abilities leads to dementia in the vast majority of people suffering from Huntington’s disease after about 15 years. At the end of the disease, patients are either mostly or completely dependent on help.

It should be noted that there is no medication that treats the causes of Huntington’s disease. The disease itself is incurable.

However, there are medications that have proven useful in alleviating the symptoms. Tiapride and tetrabenazine counteract the neurotransmitter dopamine. This alleviates the uncontrolled movement. If sufferers fall into a depressive mood, doctors often prescribe antidepressants. These are mainly selective serotonin reuptake inhibitors. If the patient suffers from dementia, the active ingredient memantine can slow down the decline in mental capacity under certain circumstances.

In addition to medication to combat symptoms, other measures can help. Occupational therapy, speech therapy and physiotherapy can help to alleviate certain symptoms. Speech exercises, for example, can improve swallowing and speaking. Occupational therapy can help people get a better grip on everyday activities. Patients with Huntington’s disease learn to live independently more easily. Weight loss affects many people with Huntington’s disease. A high-calorie dietcan help.

At the Complutense University in Madrid, Spain, a paper was published in 2008 [1] in which recognised experts discussed that certain abnormalities within the endocannabinoid system (ECS) are indeed associated with movement disorders in Huntington’s disease.

The assumption of the Complutense University researchers was used by their colleagues in the Neurology Department at the Ramón y Cajal Hospital in Madrid to conduct a study [2]. This study was published in 2016 and did not use pure CBD, but a combination of CBD and THC. This compound is called Sativex. This and the control placebo were administered to the test subjects via an oral spray for twelve weeks. A total of 26 people suffering from Huntington’s disease took part in the experiment. At the end of the study, the researchers concluded that since no effects were found, the doses should be increased in future studies. The possibility of using something else instead of the combination of THC and CBD used was also raised at the end.

In 2017, researchers from the Complutense University again published a study [3]. In it, a similar Sativex to the previous study was tested on mice suffering from Huntington’s syndrome. The rodents showed the typical clinging behaviour. This behaviour was significantly alleviated by CBD (phytocannabinoids). In addition, the researchers were able to report that the administration of CBD had also noticeably improved the motor symptoms.

Depression can be a tough psychological test for sufferers and their relatives. Especially with this symptom, the administration of CBD can show a possible way out. The fact that CBD has an anxiolytic, i.e. anxiety-relieving effect, was proven by a study [4] in which CBD oil was tested in the case of anxiety. It was shown that CBD can alleviate anxiety and thus also depression by acting on the ECS and the CB1 and CB2 receptors located there.

Patients suffering from Huntington’s syndrome often lose a lot of weight. One of the reasons for this is that some sufferers perceive food as the “enemy” due to the disease. According to a summary [5] of various studies, CBD can help to stimulate the appetite again. Pleasure takes centre stage alongside food intake and can contribute to weight gain again.

Dosage of cannabidiol for Huntington’s syndrome

Regardless of whether one ingests CBD oil, CBD tablets or CBD liquids (via e-cigarettes), the dose of CBD always depends on the individual metabolism. Therefore, a standardised dosage for CBD for the symptoms of Huntington’s disease is difficult.

In addition to the information provided by the manufacturer and the instructions of doctors, there is a rule of thumb. You should take CBD in a low dosage at the beginning and then slowly increase it. Do this until the desired CBD effect sets in. If, on the other hand, undesirable effects occur, the CBD dosage should be reduced again.