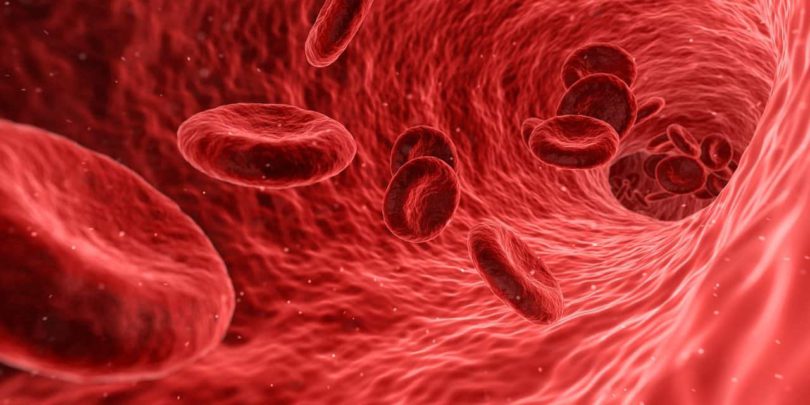 Known years ago as calcification of the arteries, arteriosclerosis as the disease is technically correctly called, is not only the deposition of calcium, but also of fat, connective tissue and thrombi in the arterial blood vessels.

The disease has several risk factors that cannot be influenced, such as age, the male sex or a family disposition, but can also be caused by lack of exercise, obesity or smoking.

Triggered by these risk factors, the blood vessels can become so narrow that the organs connected to them are undersupplied with oxygen. If such fat, calcium or connective tissue ruptures, blood clots can form, often leading to strokes or even heart attacks. Atherosclerosis leads to around 350,000 deaths every year in Germany, for example.

CBD as an opportunity- Can it help in arteriosclerosis?

An increasing number of researchers are currently recommending the use of CBD for arteriosclerosis, which is often caused by inflammation. Because this hemp ingredient, which is not psychoactive, does not cause intoxication or addiction, and has an anti-inflammatory effect, CBD can work against arteriosclerosis.

Because atherosclerosis is often associated with inflammation, many researchers conclude that using CBD against arteriosclerosis counteracts the progression of the disease.

In its development, arteriosclerosis has a multitude of triggering factors. Apart from certain risk factors that promote the disease, it is still relatively unclear which triggers play a role at the beginning. However, many studies have superimposed the factors that promote arteriosclerosis on each other to try to find the causes through a kind of superimposed blueprint.

In addition to the factors mentioned above, which cannot be countered by all the medicine currently available, there are also the following risk factors:

Malnutrition is also often mentioned as a cause of arteriosclerosis. Preventive action should therefore be taken by avoiding the following:

This is one point where CBD can help in arteriosclerosis, for example. CBD stimulates the appetite and thus helps to compensate for malnutrition, especially when due to psychological reasons.

CBD taken for arteriosclerosis thus helps with the absorption of important building blocks such as vitamins, trace elements or minerals from food by increasing the appetite.

How conventional treatments help in arteriosclerosis

Doctors treat people with arteriosclerosis either through surgery or by using medication. The extent of the vasoconstriction is the deciding factor in which treatment is carried out by the doctor.

Preventive drugs for arteriosclerosis are:

If this does not have the desired effect, doctors often prescribe blood pressure or cholesterol-lowering drugs. In advanced forms of arteriosclerosis, the same drugs are used as in cardiovascular diseases. These drugs work to prevent blood clots from forming.

Surgical procedures are either balloons or bypasses. Balloons enlarge the cross-section of the blood lines so that the lifeblood can supply the organs with oxygen again. Bypasses are a form of diversion around the affected blood line.

How does CBD oil work in arteriosclerosis?

According to Swiss researchers, cannabidiol is effective in arteriosclerosis because it can significantly slow down the hardening of the arteries. This is especially true for the form of arteriosclerosis that is caused by high blood sugar levels.

CBD not only has a relaxing effect on the muscles or the human mind, but also on the blood vessels. CBD taken for arteriosclerosis causes a demonstrable dilatation of the blood vessels. Research that confirms this has found that CBD is also effective in protecting the integrity of coronary artery cells.

CBD can help against arteriosclerosis secondary diseases not only preventively, but also in acute aftercare. For example, doctors have found that CBD taken shortly after a heart attack can reduce the severity of the attack – as well as the inflammation of the myocardium. It can therefore be concluded that CBD helps against myocardial ischaemia.

CBD oil helps to combat the causes of many diseases to a certain extent. In the case of arteriosclerosis, however, hemp oil with CBD can slow down the progress of the disease.

A recent study at Tel Aviv University is investigating the effectiveness of CBD in cardiovascular diseases. Initiated by the cannabis producer FSD Pharma, the aim is to find out to what extent CBD can be used against arteriosclerosis. The researchers are of the opinion that targeted modulations of the endocannabinoid system could be a fundamentally new approach to the treatment of arteriosclerosis.

Cumulatively via the so-called entourage effect, other cannabis products may also have a positive influence on arteriosclerosis. For example, cannabigerol, or CBG for short, has a decisive influence on blood pressure. Based on this knowledge, those affected can also resort to full-spectrum CBD oils or similar CBD products.

FAQs about CBD for arteriosclerosis