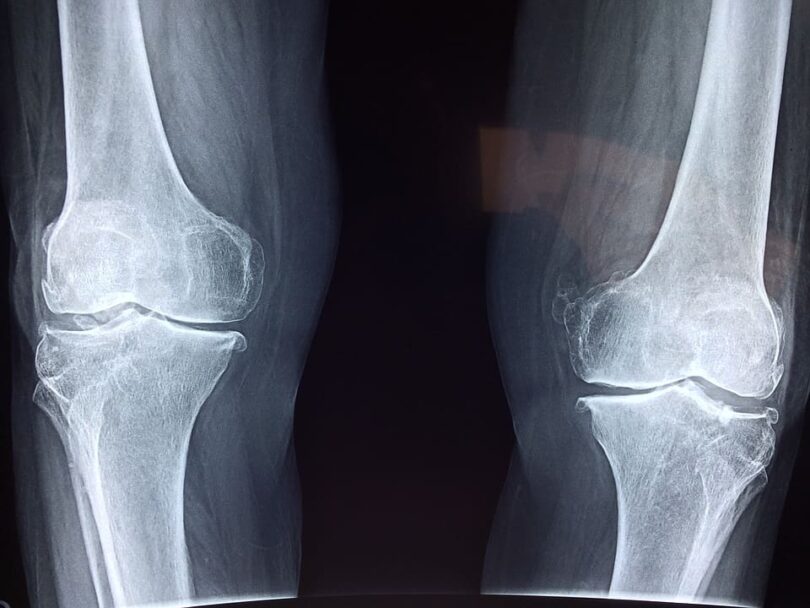 The entire human skeleton consists of about 206 bones. Together with cartilage, they literally form the backbone of the upright and proud gait. The thigh bones, the largest bones in the human body, can carry a load of up to 1.5 tonnes.

Osteoporosis, also known in layman’s terms as bone loss, can literally pulverise these records, this proud gait and this backbone of our body. Currently, around six million people in Germany alone suffer from osteoporosis – and the number of people affected is increasing, not decreasing. According to WHO estimates, the number of patients across the globe has doubled in the last twenty years.

Decades of research have led to the conclusion that docking receptors for cannabidiol are found everywhere on bone cells. CBD in the case of osteoporosis, for example, can have a positive effect on bone metabolism.

Osteoporosis is one of the most common medical conditions in western industrialised countries. As already mentioned, 6 million people suffer from it in Germany. As drastic as this figure sounds, it does have one positive point – there is massive research into treatment and cure. Researchers are constantly discovering factors that promote osteoporosis, or at least influence it. These include a lack of exercise, regular malnutrition, lack of oestrogen, smoking, drinking alcohol and caffeine and taking cortisone.

Dispositive risk factors include gender (women are twice as likely as men to develop the disease), age (the older a person is, the higher the risk of developing the disease) and genetic, interfamilial predisposition.

Osteoporosis drugs usually have one thing in common – they all strengthen the bone. They are prescribed for both treatment and prevention. Vitamin D and calcium are considered to be “home remedies” for prevention, but they are also the basis for treatment.

Pharmaceutical and medical drugs have an effect on osteoclasts, among other things. These cells are responsible for bone restructuring. Medications that act on the osteoclasts are supposed to increase bone density. The hormone oestrogen also increases bone density. The element strontium has a similar effect in the body to calcium. The problem is that the heaviness of the element often only feigns a higher density.

Osteoporosis medications usually not only have an effect on bone density, but they all have a long list of side effects. For example, oestrogens cause more calf cramps, flu-like symptoms and hot flushes, whilst strontium can cause headaches, diarrhoea or nausea.

CBD in osteoporosis – How does cannabidiol work?

Maintaining healthy bones is the best way to prevent osteoporosis. According to recent studies, this bone health is influenced by the endocannabinoid system. The docking stations, i.e. the receptors, for CBD are present in the bone cells. These receptors are mainly located in bone-forming and bone-resorbing cells. By taking CBD in the case of osteoporosis, the receptors are influenced in such a way that bone formation is stimulated. This has the effect of counteracting the osteoporosis and thus bringing bone density into a stable equilibrium.

One of the best known and most outstanding properties of the hemp product cannabidiol is that it is analgesic. CBD can therefore especially help patients who are in an already advanced stage of the disease and suffer from severe pain. Among other things, it reduces the use of strong painkillers and prevents possible dependence on them.

CBD in osteoporosis can also put a person’s mobility on a path to normal by reducing the pain caused by each movement. Broken bones are a burden that osteoporosis patients often have to learn to live with. CBD also intervenes here. It not only strengthens the bone structure, but also gives the surrounding muscle tissue strength. Painful bone curvatures (crooked back) are also alleviated by this effect.

After the menopause (climacteric), around a third of all women in Germany alone suffer from the aforementioned primary osteoporosis. This proportion is not reached by the male population group until the age of 70.

Evidence that CBD is an effective treatment for osteoporosis can be found in a large number of recent studies [1]. The results show that CBD binds the so-called CB2 receptors of the body’s own endocannabinoid system, which are responsible for bone resorption.

Cannabinoid receptors are such an exciting topic that other studies [2] have also looked at their concentration in bone. These show that CBD positively stimulates bone metabolism. As mentioned above, thigh bones can carry up to 1.5 tonnes of weight. Another study [3] postulates that taking CBD oils shifts this maximum load limit upwards. The same study comes to a further conclusion. CBD can also counteract osteoporosis preventively, as it considerably accelerates the healing process of bone fractures.

CBD has not yet revealed all its positive properties in the fight against osteoporosis. Further research is therefore important.

The forms of administration of cannabidiol known today range from oils to capsules to tea that can be brewed gently. Even experienced doctors are of varying opinions regarding the CBD dosage, as the dose of CBD depends not only on physical constitution, weight and even the daily condition of the individual, but also on the method of administration. Both experts and experienced users advise “newcomers” to start with a maximum dose of 20 milligrams. This amount corresponds to about three drops that should be taken at three different times of the day. Anyone who is worried about an overdose can be reassured. Because no toxins have been detected in CBD, no overdose can occur.

When taking products containing cannabinoids, interactions with various medicines may occur. If you are taking medication yourself, the use of CBD and other cannabinoids should be discussed with your doctor beforehand.