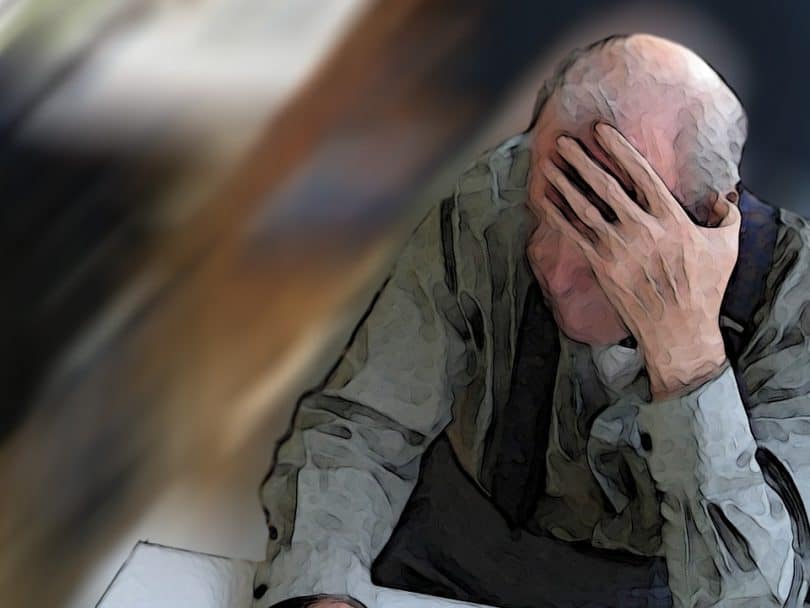 You forget where the key is, look for your sunglasses, whilst in the worst case still wearing them on your head, or occasionally forget the name of a relative. There is no immediate need to worry as not all cognitive absent-mindedness is a sign of Alzheimer’s disease. Nevertheless, the onset of dementia becomes gradually noticeable. At the beginning it is just small cases of forgetfulness which, as the disease progresses, lead to changes in personality and behaviour.

Alzheimer’s disease is widespread within society. There is still no treatment to cure the disease in prospect. Even if therapies and medication can relieve symptoms, the disease itself cannot be cured. Using CBD in the case of Alzheimer’s is a subject which has arisen repeatedly in recent times.

As studies have shown, cannabidiols may very well delay the progress of Alzheimer’s and help those affected to enjoy a better quality of life.

Alzheimer’s – Where does the disease come from?

Dementia negatively affects more than 35 million people worldwide. One of the most common forms of this illness is Alzheimer’s disease (AD). The causes of this neurodegenerative disease are disputed and even today not fully explained, yet Alzheimer’s is often attributed to genetics, infections of the nerve tissue and /or deposits in the brain.

In the case of the latter, the following occurs in the body: the body’s own cells are shut down in the brain by deposits of so-called senile plaque. These paralysed cells are prevented from forwarding information to the nervous system.

All previously examined causes of Alzheimer’s disease lead to loss of memory and behavioural change. The symptoms of Alzheimer’s are above all characterised by cognitive impairments.

Initially, the short-term memory is impacted by the disease and later the long-term memory. The degeneration of the brain cells causes feelings of:

There is a lack of drive and the sufferer withdraws into him/herself. See also the specific advisory texts:

Difficulties in concentrating and a reduced ability to make judgements through to degraded linguistic expression are stages in the symptoms of Alzheimer’s disease. The behavioural and personality disorders lead in the worst case to a complete lack of orientation. The person affected is no longer able to lead an independent life.

The clear answer from science: No.

In conventional medicine, a distinction is usually made between therapy with drugs and non-drug therapy.

In Alzheimer’s medicine, cholinsterase inhibitors or memantine are usually used to stop the medical condition. These are intended to prompt the neurotransmitters in the brain to return to normal behaviour. It is known that this therapy only has a latent effect.

Antidementia, antidepressants and neuroleptics are believed to delay the onset of the disease and alleviate symptoms in patients with Alzheimer’s disease. However, the different drugs used in conventional medicine have varying side effects.

For example, neuroleptics may improve conspicuous behavioural patterns and curb aggressiveness, sleep disorders and delusions, but they also lead to a deterioration in cognitive performance.

A natural variant of Alzheimer’s drugs exists in the form of Ginkgo Biloba. There are indications that the extract of the Ginkgo tree improves the ability to think and remember.

Alzheimer symptoms can be counteracted with non-drug treatment therapies. It is important to strengthen the patient’s everyday routine, to use the sensory organs and to train the memory. Various forms of therapy are currently open to Alzheimer’s disease:

But CBD can also be an opportunity! Am I allowed to give CBD oil to my father or mother without hesitation? Which studies on CBD in dementia are available?

How does CBD work in Alzheimer’s?

CBD plays a positive role in different stages of Alzheimer’s disease. We already know today that natural CBD can have a:

If the correct CBD dosage is taken, there are no side effects.

CBD is mostly dosed as CBD hemp oil by pipette or as CBD capsule. The body absorbs it under the oral mucosa. Thus, CBD oil can be taken against Alzheimer’s disease – in an easy way!

CBD as a neural stimulant

In recent years, the role of the endocannabinoid system (ECS) in neurodegenerative diseases such as Alzheimer’s has been studied. The CB1 receptor, one of the two most important endocannabinoid receptors, is represented in those regions of the brain that are responsible for memory and learning. This is where a bridge can be built between CBD and Alzheimer’s, because CBD docks at the CB1 receptor.

The stimulation of nerve tissue by CBD in the case of Alzheimer’s disease can help to reduce certain symptoms. CBD can thus be considered a neuronal stimulant.

CBD as an antioxidant

CBD in Alzheimer’s disease is also seen as providing antioxidant cell protection. Oxidation in the body provides energy, which is responsible for our well-being and survival. Oxidative stress, on the other hand, reduces this process and leads to immuno-inflammations.

As a result, the antioxidant capacity of the body’s own cells is impaired and free radicals are released. Synapses and neurons are lost. Among other things, oxidative stress is associated with Alzheimer’s disease.

There are some helpful methods to counteract the increased formation of free radicals in our body. In addition to proper nutrition, CBD is considered an antioxidant. It can slow down the process of oxidative stress and relieve neurological symptoms. The antioxidant properties of cannabidiol (CBD) have already been investigated in studies. Positive results can be reported. However, when using CBD as an antioxidant, care should be taken to use the correct dosage. Too many antioxidants in the body could have a negative effect.

CBD has been shown to have an anti-inflammatory effect in various studies. Neurodegenerative diseases such as Alzheimer’s usually lead to inflammation of the nerve tissue. In addition, a study by the DGN (German Society of Neurology) has found out that inflammation of the brain is not only an attendant symptom of Alzheimer’s.

The inflammatory processes even contribute to the progression of neurodegeneration. The anti-inflammatory effect of CBD can be helpful against these infections and thus delay the growth of the disease.

CBD has also been shown to have further positive benefits in Alzheimer’s patients with aggression, loss of appetite, sleep disorders and other behavioural problems. Since it is generally considered to be calming, positively enriches the mood of the users and helps to relieve anxiety and pain, CBD can be a beneficial remedy of choice for Alzheimer’s disease.

A study from 2016 can be considered a possible pioneer for the use of CBD in the treatment of Alzheimer’s disease: In 10 Alzheimer’s patients, the consumption of CBD was shown to bring about a significant reduction of the NPI (neuro-psychiatric inventory value), from 44.3 to 12.9 after only 4 weeks. The remarkable decrease in behavioural disorders such as aggression, agitation, delusion, apathy and irritability, prompted an extensive clinical study.

Numerous studies are currently investigating the positive effect of CBD in the fight against Alzheimer’s disease. Increasingly, this scientific research points towards a beneficial response.

Take a look at the numerous reviews of CBD oils. Search for experiences with Alzheimer’s disease or CBD oil experience reports against dementia:

FAQs on CBD in Alzheimer’s

Further studies on CBD and Alzheimer

When taking products containing cannabinoids, interactions with various drugs may occur under certain circumstances. If you are taking medication yourself, then the use of CBD and other cannabinoids must first be discussed with the treating physician.