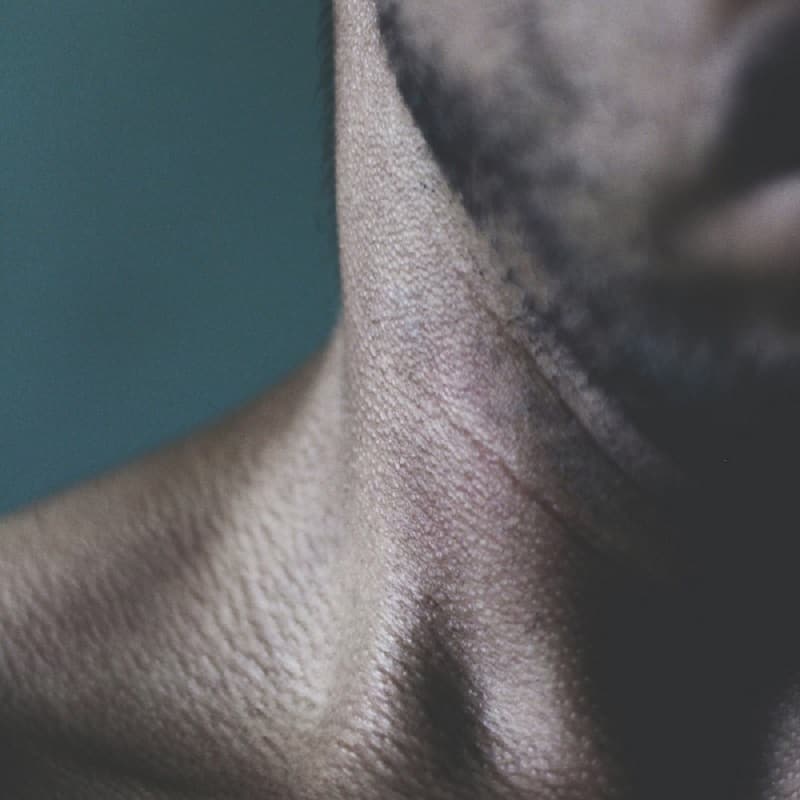 Glandula thyreoidea is the Latin name for the thyroid gland. In vertebrates, this is a hormonal gland that is located in the throat. The gland, which is shaped like a butterfly in humans, is located below the larynx. The butterfly shape is due to the fact that the thyroid gland consists of two lobes connected by an isthmus.

The hormones of the thyroid gland are prominently involved in influencing important metabolic processes in the body. The hormones triiodothyronine and tetraiodothyronine are produced in the thyroid gland. These two hormones are distributed throughout the body via the bloodstream. In this way they exert influence on digestion, the heart, the nervous system, circulation and growth .

As its main function, the thyroid gland stores iodine. The iodine-containing hormones are also secreted through the thyroid gland. These are an important component of the human energy metabolism. Calcitonin is also produced in the thyroid gland. This hormone is responsible for keeping the bone structure under control by inhibiting growth. This is achieved by introducing phosphate and calcium into the bone.

In addition to its vital properties, the thyroid gland is also a starting point for many diseases. Over- as well as under-functioning of the hormone metabolism is usually the focus of attention. For example, if there is a lack of iodine, goitre can develop.

In addition to operations and hormone treatments, CBD, cannabidiol, is becoming a focus of attention for physicians and especially for those affected. CBD is a cannabinoid that is extracted from the hemp plant. In addition to CBD, hemp contains more than 100 other cannabinoids. The two most prominent are CBD and THC. The latter is illegal in Germany, Austria and Switzerland, whereas CBD is legal in all of the EU and Switzerland. In contrast to THC, CBD is not psychoactive – quite the opposite. CBD is even used as an antagonist for THC, i.e. if the dose of THC is too high, it can be counteracted with CBD. Moreover, CBD itself does not cause intoxication. One of the most important factors in favour of CBD is that it has been proven not to cause addiction.

The most common thyroid disease is hypothyroidism. In this and other forms, experts differentiate between congenital and acquired thyroid diseases. For those affected, however, this distinction is not as important as that between over- or under-functioning.

The cause of a thyroid gland disorder can be due to different things. Firstly, the organ may be inflamed, secondly it may not be properly developed and thirdly it may have undergone malignant changes. In addition, too little iodine in the organism can lead to a thyroid disorder. To compensate for this imbalance, the organ often reacts by becoming enlarged. This growth is called struma or goitre.

Basically, the causes of thyroid diseases as well as their manifestations are different and numerous.

Thyroid hormones are important for the correct functioning of a multitude of endogenous processes. At this point, we offer you an overview of the various forms of thyroid diseases and their symptoms.

One of the best-known clinical pictures of hypothyroidism is Hashimoto’s thyroiditis. Those affected often suffer from fatigue, a slowed heartbeat, mild freezing, depression, weight gain, sadness and constipation.

Graves’ disease is known among the diseases with hyperthyroidism. The symptoms described below also apply to patients suffering from thyroid autonomy. Symptoms of both diseases are diarrhoea, palpitations, weight gain, extrasystole, sweating, inner restlessness, sensitivity to heat, tremor, sleep disorders and lack of concentration.

One of the most obvious symptoms of Graves’ disease in the truest sense of the word is also protruding eyes. However, not all patients are affected. The reason for this phenomenon is an increase in the connective tissue behind the eyeballs.

The symptoms just described for hyperthyroidism often accompany people with thyroiditis. In addition, there is fever, severe pain, excessive heat around the thyroid gland, redness, pain in the ear and jaw, and difficulty swallowing.

If a person is suffering from thyroid cancer, the symptoms and complaints often appear very late. Then patients experience swelling of the lymph nodes, persistent hoarseness, thyroid nodules, stridor and difficulty swallowing.

How do conventional remedies for thyroid diseases work?

Before a causal therapy can be considered, the corresponding thyroid disease must be diagnosed. If they suspect a problem with the thyroid, the doctors will examine the thyroid gland itself as well as the hormone balance. The concentration of hormones from the thyroid gland can be measured in the blood. Too low a number is a sign of under-functioning, while too high a number indicates over-functioning.

If goitre is visible to the naked eye, the diagnosis is very quick. If nothing can be seen from the outside, the medical staff will use an ultrasound device to measure the size of the thyroid gland. A Doppler sonography provides detailed information about the condition of the thyroid gland. There is also the possibility of a scintigraphy. This imaging procedure gives the medical staff a good impression of whether there is a malignant or benign tumour.

How is a thyroid disease treated with conventional methods? Depending on the nature of the disease, medical professionals can follow different treatment routes. Doctors often prescribe tablets. These contain hormones in the case of hypothyroidism. If you suffer from an overactive thyroid gland, the active ingredients in the tablets are supposed to inhibit hormone production.

If the thyroid gland is overproducing hormones, drug treatment is often not sufficient. Surgery is therefore often necessary. Radioactive iodine can also destroy pathologically altered cells in the thyroid gland.

Those affected by a thyroid disease often speak and write unanimously about the basic symptoms. These include anxiety, nervousness, pain, inflammation, depression, and dry and itchy skin.

Studies and effects – CBD in the case of thyroid diseases

Looking at the list of basic symptoms, CBD experts quickly realize that the possibilities where CBD can provide relief to those affected are a given. A recently published study [1] assumes that CBD as well as other cannabinoids (keyword full-spectrum oil) can be a possible help for a number of thyroid diseases.

In 2002, a study [3] found that CB1 receptors play an important role in the release of thyroid hormones. In the same study it was concluded that the ingestion (also administration) of CBD can also have a positive influence on the hormone activity of the thyroid gland.

A study [4] was published in the Journal of Endocrinology which investigated the relationship between ECS receptors and different areas of the brain. According to the study, the receptors in the brain transmit signals to the thyroid gland. It is assumed that there is a high probability that CBD can have a positive effect on the hormone balance in the thyroid gland through this signal function.

A common thyroid disease, especially in women, is hyperthyroidism. In Germany it is assumed that 1% of all women suffer from it. Causes can be the consumption of too much iodine, a tumour in the ovaries (rarely in the testicles), thyroiditis, a high dose of tetraiodothyronine and various dietary supplements. CBD can help with hyperthyroidism, for example, if you want to normalize your body weight. Appetite is stimulated by CBD. A study [5] shows that eating disorders such as anorexia can be counteracted by taking CBD, which often has an appetite-enhancing effect.

Numerous people affected by thyroid gland diseases report sleeping disorders. A study [6] by the University of California dealt with the phenomenon of sleeping disorders and the possibility of alleviating the problem by taking CBD. In the course of the investigation underlying this study, the test persons, all of them people with insomnia, reported that they noticed a clear improvement in their sleep after taking CBD-containing substances. A research team from the University of Colorado came to a similar conclusion. They published their work [7] and explained that the test person they treated with CBD oil, who suffered from insomnia after a post-traumatic experience, noticed a significant improvement in her sleep after ingestion.

CBD in the case of Hashimoto

In Germany, over 8 million people (many undiagnosed) are said to suffer from Hashimoto. Hashimoto is a chronic thyroiditis from the family of autoimmune diseases. Many affected people do not recognize Hashimoto’s disease for a long time, because this form of the disease causes few symptoms at the beginning. At the beginning of Hashimoto, there is often a slight hyperthyroidism, which manifests itself in the form of palpitations, increased sweating, nervousness and weight loss.

Unfortunately, clear symptoms only appear when a large part of the thyroid gland tissue has already been destroyed by inflammation. The production of thyroid hormones is severely disturbed in this case. Within this period of deterioration, those affected begin to notice symptoms such as concentration problems, weight gain, constipation or even fatigue, as well as dry skin and brittle hair. Often a surplus of iodine can greatly benefit Hashimoto. For this reason, affected persons should avoid foods with a lot of iodine. These include broccoli, dairy products, coley, mushrooms, algae and seafood.

A study [8] from 2017 by the Tehran University of Medical Sciences shows that cannabinoids can have an anti-inflammatory effect on Hashimoto. In a further study [9], the Iranian specialists also concluded that CBD, via the immune protein interleukin-17 is believed to play a mitigating role in the pathogenesis of Hashimoto.

Brands of CBD products can currently present a wide range of dosage forms for cannabidiol. In the context of alleviating the symptoms of thyroid diseases, a large number of them can be used beneficially. The dosage forms are:

… and many more. CBD oils can be applied sublingually, waiting 30 to 60 seconds and then swallowed. CBD tablets are simply swallowed. The quickest way to take CBD is to inhale the CBD liquid through a vaper – also known as an e-cigarette. Superficial symptoms of thyroid disease can also be treated with CBD ointments or CBD creams. The tastiest method is CBD food. CBD gummi bears especially are popular and well-known.

Dosage of CBD for thyroid diseases

The correct CBD dosage of a particular CBD product depends on various factors – primarily, of course, on the product itself. A CBD ointment, for example, has a much more delayed effect than inhaling the cannabinoid via a vaper. With CBD oils you can purchase different CBD content. This is usually 5, 10, 15 and 20 %. In addition to the CBD content, your own physical constitution as well as the body’s receptiveness for other substances play a role in determining the appropriate dose. You should always follow the manufacturer’s instructions.

When taking products containing cannabinoids, interactions with various drugs may occur under certain circumstances. If you are taking medication yourself, the use of CBD and other cannabinoids should be discussed with your treating physician beforehand.