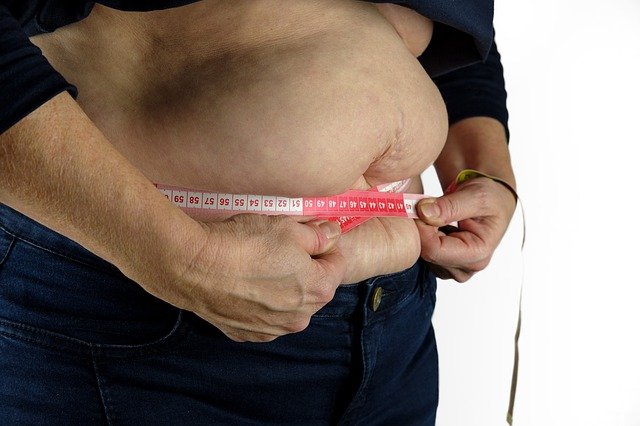 Doctors and scientists group many of the medical conditions which damage or endanger the cardiovascular system under the term metabolic syndrome. The primary victim in metabolic syndrome is usually the heart itself.

The term “metabolic” in this context comes from the fact that the condition is considered to have causes which lie in the metabolism. Many things can be responsible for this combination of conditions – including high blood pressure, an elevated blood sugar level and deposits of fat around the abdomen

In the case of metabolic syndrome, CBD can, according to one study[1], help to reduce the risk of developing the condition at a later time. CBD can have a positive regulatory influence on the body’s metabolism via the endocannabinoid system (ECS).

The WHO and the National Cholesterol Education Program (NCEP) of the USA define metabolic syndrome slightly differently. The WHO defines metabolic syndrome as hypertension (high blood pressure), dyslipidaemia (lipid metabolism disorder), obesity and the excretion of albumin in the urine. The NCEP also includes elevated fasting plasma glucose levels.

The research community is not certain about the precise causes of metabolic syndrome.  However, the fact that being overweight and having abdominal fat deposits make a significant contribution appears certain. It is suspected that a combination of various factors causes the condition. Besides having an unhealthy lifestyle, it is also believed that people can have a genetic predisposition. Excess food increases the chance that more fat and cholesterol will be deposited inside the blood vessels.

The metabolism, in terms of the processes which remove fats and cholesterol, is also controlled by the endocannabinoid system (ECS). It is here, for example, that CBD can help against metabolic syndrome by alleviating the symptoms.

Metabolic syndrome is also characterised by the fact that the excretion of salts via the kidneys (NaCl) is disrupted. This causes large quantities of sodium to remain in the body. This, in turn, promotes high blood pressure, which can damage the organs (the heart). High blood pressure can also cause small injuries in the inner walls of the blood vessels. Fats or even cholesterol can then build up in these spaces. In this manner, the stress on the cardiovascular system increases over time.

Many experts also consider smoking tobacco to be a cause of metabolic syndrome. There is an ongoing discussion about the extent to which genetic factors also play a role in the onset of the disease. Ultimately, the condition is most influenced by lifestyle.

How the medication used to treat metabolic syndrome works

As most cases of metabolic syndrome are the result of the unhealthy lifestyle of those affected, this is the aspect which many approaches seek to address. Experts recommend losing weight, getting more exercise, reducing one’s consumption of alcohol and saturated fatty acids, and adopting a high-fibre diet.

In the case of metabolic syndrome, CBD can above all help those affected by intervening in those processes which regulate the appetite. It is via the endocannabinoid system (ECS), that messenger chemicals tell the brain when the stomach is full. If insufficient quantities of these messenger chemicals are released, people carry on eating. CBD can have a positive effect on the release of messenger chemicals.

CBD and metabolic syndrome – How can cannabidiol help?

In cases of metabolic syndrome, CBD can, amongst other things, have a positive influence on the aforementioned high blood pressure. According to the Deutsche Hochdruckliga (the German Hypertension League), this affects between 20 and 30 million people in Germany. The use of CBD against high blood pressure can also help to prevent the onset of metabolic syndrome. CBD oil as well as CBD e-liquids help to calm the body. The relaxing and stress-reducing effects of CBD products have a very positive influence, helping to stop high blood pressure from developing in the first place.

As obesity plays a causal role in metabolic syndrome, losing weight should be an important step in the healing process for those affected. In cases of metabolic syndrome, CBD can help patients to achieve the weight loss they desire. Many doctors see obesity as a phenomenon resulting from addiction. Effectively, it is as if those who are trying to lose weight are trying to free themselves from a “drug“. It is widely recognised that CBD has already been used very successfully for the treatment of addiction.

CBD can also help those with metabolic syndrome to lose weight by inducing certain cells to break down both fats and proteins. It does this by by triggering the production of messenger chemicals. The positive influence of CBD on the metabolism in metabolic syndrome derives from its ability to support the body’s own fat burning processes.

CBD can also have a positive influence on metabolic syndrome via the ECS. By inhibiting, blocking or restricting the renewal of fat cells, CBD can help protect against metabolic syndrome particularly in combination with an appropriate diet.

As smoking tobacco is one of the causes of metabolic syndrome, medical experts see this as one of many reasons why it is a good idea to stop smoking. For many addicts, this is often easier said than done. CBD can help against metabolic syndrome by helping those who are addicted to smoking tobacco to successfully get rid of their addiction. The data collected for a 2013 study[2] suggest that the consumption of CBD by smokers reduced their desire for a cigarette by as much as 40%.