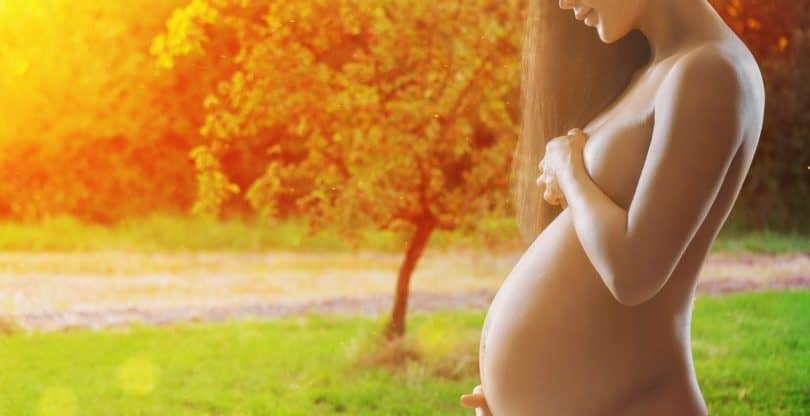 Every food supplement which contains CBD carries the warning: “Not recommended if pregnant or nursing.” But why is it considered unadvisable to consume CBD whilst pregnant or breastfeeding? After all, doesn’t breast milk contain cannabinoids in their most natural form? Given that this is the case, how can it make sense to advise against the taking of CBD whilst pregnant? We would like to take this opportunity to answer this question as neutrally, professionally and critically as possible.

First of all, we would like to thank Stephanie Reinhard for her research and observations. Having children of her own, she has investigated this matter in depth and is the co-author of this article.

As the topic “CBD and pregnancy” is often the subject of somewhat heated discussion, we will be taking scientific studies and articles as our points of reference to the extent that it is possible to do so. Here is the selection we have made:

According to the current state of research, it is advised not to consume CBD whilst pregnant or breastfeeding. This is firstly because changes in the placenta have been observed and secondly, there are indications that high concentrations of the cannabinoid “anandamide” can increase the risk of a miscarriage, especially in the first trimester of pregnancy. The concentration of this substance in the body naturally drops at the point of implantation.

Breastfeeding: It has been demonstrated that breast milk naturally contains cannabinoids. It is therefore assumed that the consumption of cannabinoids could increase this concentration. The effects which this can have on infants, their brain development and the formation of their own endocannabinoid system are not known.

Studies which have observed babies for several years in order to document long-term effects on development do not exist. It is thus impossible to say whether or not the consumption of products which contain cannabinoids during the period of breastfeeding is safe. It is therefore best to avoid products containing cannabinoids.

Dr Heather Bradshaw is a specialist in cannabinoid pharmacology at the Department of Psychological and Brain Sciences at the University of Indiana. She takes the view that there is no safe level of consumption during the period of breastfeeding, given that it can lead to developmental problems.

“While there is little developmental data on this issue, we do know that CBD is incredibly effective at treating seizures and works rigorously in the brain. I would therefore suggest that it is not a good idea to expose a developing baby to a very active brain drug.”

Our study shows that CBD may alter P-gp and BCRP expression in the human placenta, and inhibit P-gp efflux function. We conclude that marijuana use during pregnancy may reduce placental protective functions and change its morphological and physiological characteristics.”

In addition, there are also a number of studies which address the extent to which the endocannabinoid system, the CB1 and CB2 receptors, and the cannabinoid anandamide in particular are responsible for infertility, cell development, embryonic development (birth weight, anaemia etc.) etc.

In our view, more of the current results speak against the consumption of products containing cannabinoids during pregnancy and the period of breastfeeding than in favour of such consumption.


Taking products containing cannabinoids may result in interactions with various medications. If you are already taking medication, the use of CBD and other cannabinoids should be discussed with your doctor beforehand.