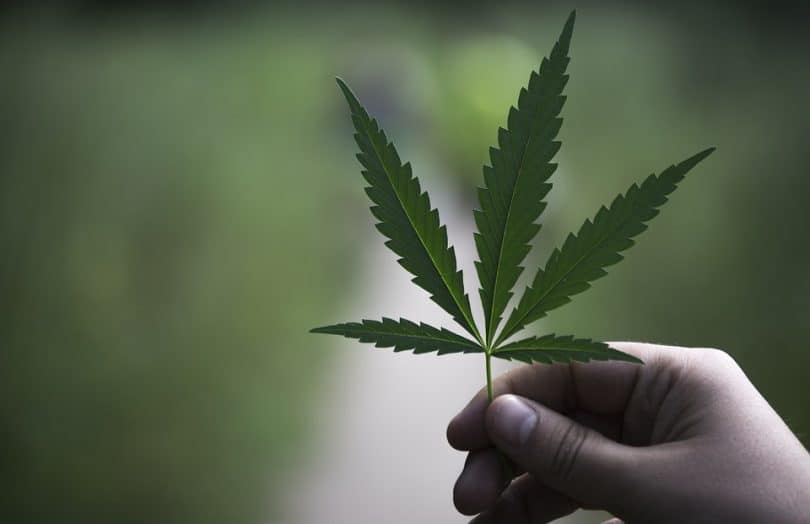 Cannabigerol (CBG for short) is a phytocannabinoid found in the hemp plant. As many positive therapeutic effects are reported regularly regarding this cannabinoid, it has also become a focus of research. So, let’s take a closer look at this interesting substance and summarise the results to date.

CBG, i.e. cannabigerol, occurs naturally in the hemp plant, with its concentration varying between the different species of cannabis. The concentration found in Cannabis indica, also known as Indian hemp, is particularly high.

CBGa, i.e. cannabigerolic acid, is the precursor of CBG and at the same time the parent molecule of many other cannabinoids. All plants contain some quantity of cannabigerolic acid. During the plant’s ripening process, enzymes convert this acid into various other cannabinoid acids. These include THCa (tetrahydrocannabinolic acid), CBDa (cannabidiolic acid) and others. THC, CBD and CBG are then obtained by means of additional processes.

Cannabigerol was first discovered in 1964, when it was found to be a component of hashish, the resin of the female cannabis plant.

In contrast to THC, the intoxicating component of the hemp plant, CBG is non-psychotropic, i.e. it does not alter one’s state of consciousness. For this reason it is not subject to the legal restrictions which apply to narcotics in the UK and is therefore freely available for sale.

The effects of cannabigerol (CBG)

The effects of CBG have not yet been fully researched. The active ingredient is considered to be anti-inflammatory and effective against oxidative stress. Furthermore, appetite-suppressing properties have been observed during experiments.

The precise effect of CBG on the CB2 receptor has not yet been conclusively clarified. The fact that it binds to this receptor, however, is clear. A lot of research is currently underway on this topic.

Various publications in the Journal of Ocular Pharmacology and Therapeutics [2][3] have suggested that cannabigerol may reduce pressure in the eyes (intraocular pressure) and increase fluid drainage. This is especially important in the case of glaucoma, an eye disease which, if left untreated, leads to blindness.

In the case of cannabis and hashish, this pressure-reducing effect  has been known about for a long time. Here, too, the CBG component is presumably involved in the effect.

Further studies suggest that cannabigerol acts as an appetite supressant [4][5] and counteracts oxidative stress [6]. Further research is needed in this area, however.

The difference between cannabidiol (CBD) and cannabigerol (CBG)

Biochemically, CBD and CBG are both formed from cannabigerolic acid (CBGa). This takes place during the ripening process of the hemp plant under the influence of enzymes, followed by additional processing.

Buying CBG – What kinds of CBG products are there?

There are various forms in which cannabigerol (CBG) can now be bought. In its pure form (where CBG is the only active substance present) it can be purchased as CBG oil and as CBG capsules.

The cannabinoid CBG can be taken in various ways. Application by means of inhalation with a vaporiser or inhaler is particularly effective and fast. The active substance  reaches the bloodstream directly via the mechanism of gas exchange within the lungs. However, those with asthma and people with other vulnerabilities should refrain from this mode of application if possible.

Those who suffer from gastrointestinal complaints and wish to use CBG for this purpose should take it in the form of capsules (which are swallowed). Capsules are usually resistant against gastric acid and deliver the active substance straight to the intestine. This is the point at which the capsule then starts to dissolve, allowing the active substance to take effect. CBG oil can also be swallowed. However, this approach means that significantly less of the anti-inflammatory active substance actually ends up reaching the intestine.

CBG can also be applied to the surface of the skin. This is done by putting one or two drops of oil on the affected area and gently rubbing it in.

Dennis is an essential part of the CannaTrust team. He has been with us since day 1 and is COO and Account Manager for CannaTrust. He himself has already gained many personal experiences with CBD. Several members of his family use cannabinoid products for their chronic diseases.