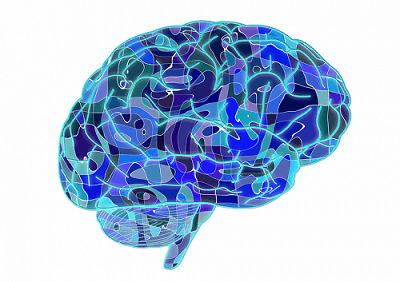 What is the endocannabinoid system?

In 1992, a US-Israeli research team discovered and repeatedly demonstrated the presence of the endocannabinoid system in biological organisms. Since then, the mode of action of cannabinoids on the CB1 and CB2 receptors which were discovered during this research has been investigated, as have their effects on the human body as a whole.

The endocannabinoid system is a part of the nervous system which even extends into the cells of the body. The receptors associated with this system consist of individual proteins and larger  protein complexes. Both have the inherent property of allowing molecules to bind to them. This permits the transmission of signals which initiate a biologically predefined and thus predetermined reaction.

CBD activates different processes at these two receptors. One of these is a reduction in sensitivity to pain. Experts divide the cannabinoids present in the endocannabinoid system into those which are endogenous and those which are exogenous. Here, the cannabidiol functions as a natural chemical messenger. In this context, “endogenous” refers to those substances which have their origin in the body itself. Thus, endogenous cannabinoids are produced by the body itself. They regulate pain and appetite, amongst other things. The term “exogenous” refers to cannabinoids which originate outside the body, and which are absorbed via various pathways, including the mucous membranes, the stomach and the lungs.

What cannabinoid receptors are there?

The CB1 receptors of the endocannabinoid system are usually found on nerve cells. They are mostly found in the hippocampus (from the Latin word for seahorse), the cerebellum (controls human motor functions, amongst other things) and the basal ganglia (responsible for spontaneity and anticipatory thought). Multiple effects are transmitted via the CB1 receptor thanks to the CBD which docks onto it. These include, for example, the reduction of withdrawal symptoms in addicts, an appetite-stimulating  effect, and the reduction of anxiety through the suppression of traumatic memories.

According to the same study, activation signals which are initiated via CB2 receptors can have the effect of relieving the symptoms of Alzheimer’s patients. Decreases in local, microglia-mediated inflammation and an increase in the rate of beta-amyloid removal have been observed. It is thought that CB2 receptors are involved in the brain’s reaction to viral infections.

As already mentioned, the endocannabinoid receptors CB1 and CB2 are found in large numbers on the membranes of nerve cells and immune cells. However, they have also been found in other locations in the body.

How the endocannabinoid system works

In order to understand what the endocannabinoid system does, it is necessary to realise that the broad distribution of the aforementioned receptors across the entire body makes a considerable number of possible functions conceivable.

System functions can be identified by observing situations such as the following: If the CB1-receptor is artificially blocked using the medication rimonabant, this usually results in severe anxiety disorders. Thus, it can be concluded that this part of the system can be used to help alleviate anxiety and successfully treat anxiety disorders by means of appropriate treatment with CBD. People who suffer easily from anxiety should therefore always check with their doctor or pharmacist that the medication prescribed (usually slimming medication) does not contain the active substance rimonabant.

Susceptibility to addictive disorders can be increased via the endocannabinoid system (ECS), especially via the CB1 receptor. This suggests that, since this is precisely the receptor with which CBD interacts, it should be possible to use it to reduce susceptibility to addiction and its effects. Thus, it is clear that the endocannabinoid system can have a powerful influence on those with addictions.

Studies of the ECS also suggest that the innate CB1 receptors play a prominent role even in the early stages of life, i.e. during embryonic development, in neurogenesis (the formation of neural networks). The ECS is also of central importance for our ability to remember. Since it is responsible for part of the flow of information throughout the body, it provides us with quick access to our short-term memory.

How cannabinoids activate the endocannabinoid system

Both THC (which is psychoactive) and CBD (which is not) bind to the CB1 receptors present on nerve cells in the same way that endogenous cannabinoids do. In this way they can, for example, activate the release of dopamine, which is widely known as the happiness hormone. Studies on this hormone suggest not only that it can be used to treat cardiovascular shock, but also that it increases people’s drive and motivation.

One thing should be pointed out, however: if the receptors of the endocannabinoid system, especially CB1, are activated more frequently, this can lead to a reduction in efficacy. Among consumers and doctors this is known as the development of drug tolerance.

The activation of the ECS by CBD by means of CB1 receptors can compensate for the overactivity of certain messenger substances such as serotonin or glutamate. This suggests that the ECS may have a protective function, preventing the overexcitation of the central nervous system.

As soon as CBD docks onto the ECS via the receptors present in different regions of the human body, intercellular communication can suppress certain bodily phenomena such as nausea, spasms, epileptic fits, obsessive-compulsive and anxiety disorders, hyperactivity and the sensation of pain in both chronic and acute nerve irritation.