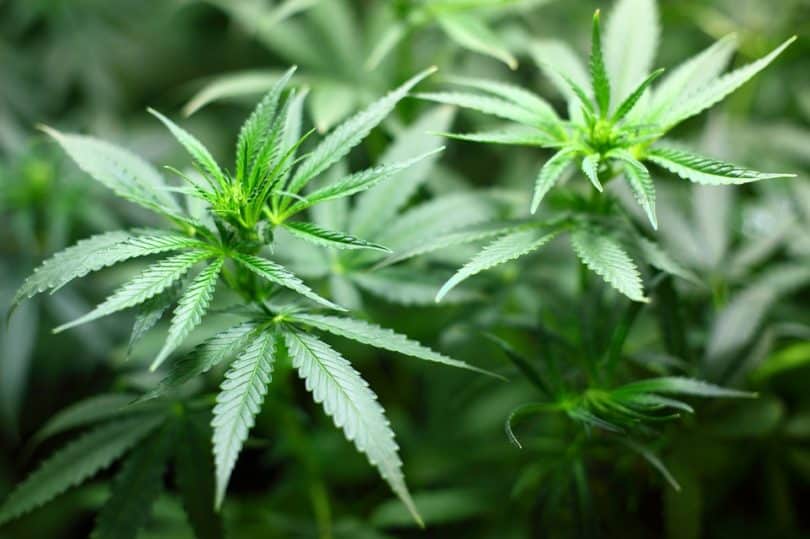 What is the Entourage Effect?

You can imagine the cannabinoid CBD (cannabidiol) as a knight whose versatility makes him an effective and efficient protector of the kingdom that is your body. However, a knight is often only as good as his entourage, or his retinue, allows him to be.

The two best-known cannabinoids are THC, which is psychoactive, and CBD, which is not. However, these are not the only active substances in hemp which can exert an effect on our bodies. There are medical conditions and unpleasant physical complaints where CBD alone is unable to help. It is often only in interaction with other constituent compounds extracted from the hemp plant that the healing effects can develop.

In many studies, CBD has been shown to inhibit the perception of pain and to have anti-inflammatory effects. The incidence of side effects which can occur due to the use of pharmaceuticals is also reduced by the use of CBD. According to the latest findings, all of these effects also arise through the interaction of CBD with other hemp-derived substances. The term the experts use is the “entourage effect”.

The interplay of cannabinoids and terpenes

Terpenes are to be found in the entourage of cannabinoids. These are not just found in hemp, but also in over 2,000 other species of plant, including in fruits. Terpenes are the reason why plants smell the way they do. In the plant world, it is their task to repel any herbivores with unappealing smells, and to attract pollinators, such as bees, with attractive ones. We humans perceive the presence of terpenes in the pleasant taste we experience when biting into a ripe and juicy mango.

Terpenes are obtained from the resin glands of the cannabis plant. They are found here in the form of essential oils. Just like fine perfumes, terpenes are extracted by hot or cold pressing, extraction, or through steam distillation.

The diversity of the positive effects of CBD on the body mirrors the diversity of the terpenes which have been found in the cannabis plant to date. The current total is around 200. Researchers do not expect many of these different terpenes to have any significant effect on the body by themselves, due to the low concentrations at which they are present in the hemp plant. However, it is the interplay between these components which produces measurable and positive synergies, or entourage effects.

Researchers explain the interaction between cannabinoids and terpenes with the idea that the mixture of substances derived from hemp generates a higher level of bioactivity than any one constituent substance can by itself. It turns out that the harmonious combination of cannabidiol and terpenes not only determines the actual mode of action, but can also enhance these modes, as well as enhancing other effects. The entourage effect ensures that, even with the smallest of doses, CBD can generate the effects desired.

Advantages and disadvantages of full-spectrum extracts

As has just been outlined, terpenes, amongst various other substances, influence CBD’s mode of action – and the same applies, of course, to other cannabinoids. Whether intentionally or not, many manufacturers of hemp products separate CBD from these other substances, thus neglecting the demonstrably effective entourage effect. However, there is something else which must also be clearly understood: full-spectrum extracts are not automatically “better”, they simply work better in some contexts. There are some contexts where there are reasons for using pure CBD.

Nevertheless, more and more producers have come to recognise that full spectrum extracts are often an excellent choice and are therefore bringing such extracts onto the market. In addition to the main components (especially CBD), these extracts also contain numerous other active substances (cannabinoids) which are found in the cannabis plant.

The advantage of full-spectrum extracts is that all those positive effects and “side effects” which lie dormant in the cannabis plant get the opportunity to act on the body. However, there is also a disadvantage to these interactions. Doses of active ingredients which have been studied in isolation, and which are sold in a pure form, can be precisely calibrated in advance in accordance with their modes of action. It is certainly the case that people often have differing reactions to the same CBD dosage, but the direction of the effect is generally the same. If one then takes terpenes and other cannabinoids, other effects can occur.

Studies of the entourage effect

Laboratory tests which isolate active substances are common practice, especially in the case of pharmaceutical products. In order to do so, it is necessary to test the active substances in question at a high level of purity. Until just a few years ago, this was the dominant paradigm when it came to cannabidiol research. The discovery of the entourage effect has also ended up resulting in a change in paradigm in studies and the parameters they consider.

Some researchers were already studying the entourage effect decades ago. In 1976, Dalton et al published a study which tested the effects of high doses of THC and CBD on 15 subjects. At the time, 73 percent of the participants stated that the feeling of being “high” was very strong when taking virtually pure THC.  Although the general validity of a study in which only 15 people took part may still be doubted, the results certainly allow one to conclude that the interaction of THC and CBD prevents the sensation of the high from becoming too excessive. This was the first indication that there might be such a thing as the entourage effect.

Five years later, a team led by Fairbairn and Pickens confirms this effect in another study. In their study, which was published in 1981[1], they came to the conclusion that it is the totality of the extracts present in hemp that influence the psychoactive effects of pure THC.

Many years later, in a study published in 2013[2], patients who consumed marijuana for medical reasons were examined. The group of interviewees consisted of 953 people. One of the questions asked was whether patients preferred medical marijuana or the pharmaceutical drug Marinol. Ninty-eight percent of those questioned preferred marijuana. When evaluating the results, one point was of particular interest – people preferred to take the substance which takes advantage of the entourage effect rather than the one that suppresses it.