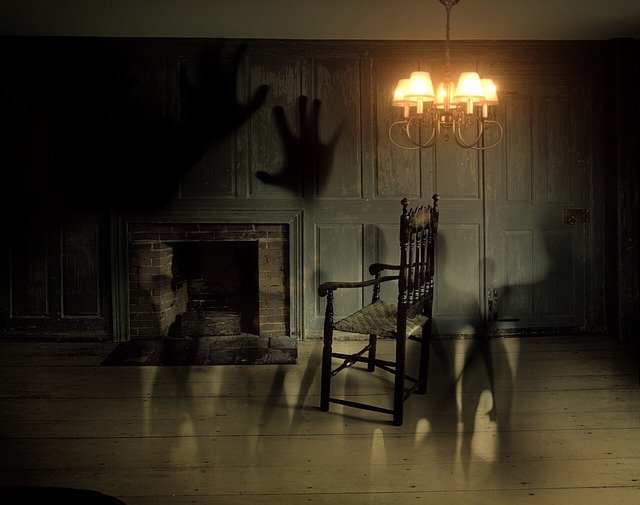 The correct relationship to reality defines a healthy human psyche. If a person suffers from a psychosis, they suffer a loss of this sense of what is real. In short, a psychosis is an umbrella term for various severe mental disorders. The perception of the environment, but also the self-perception of the patient is changed. Well-known and typical symptoms of a psychosis are hallucinations and delusions. Inconsistencies in thinking and misdirected motor skills are also signs of psychosis.

Seen from the outside, psychologists say that those affected by a psychosis usually seem completely different from the phase of life before the illness. Psychotic people can become a danger to themselves and others. In many cases, special medication is administered to the patient.

One of the worst sides of a psychosis is that the personality change that occurs is recognised by the environment, but not by the person affected. In fact, the opposite happens. The psychotic believes that the whole environment has changed. The symptoms of a psychosis can vary greatly from one patient to another. Therefore, the definition of a psychosis is subject to change over time. From today’s point of view, it is certain that psychoses can be part of different diseases such as schizophrenia or even dementia. In addition, the abuse of drugs and certain phases of life, such as the birth of a child, can also trigger a psychosis.

CBD as an opportunity for psychosis

CBD could therefore help against psychoses, as CBD can certainly help to normalise brain functions.

Although the exact causes of psychosis are still unknown, medical experts and researchers believe that there is a strong link between the brain and the dysfunctions it experiences. It is thought that psychoses are caused by changes in the nervous system, for example, by brain injuries or certain metabolic disorders. The influence of both drugs and medication is a recurring topic of discussion among researchers.

Psychoses can also develop from certain mental disorders. As the field of causes is large, psychoses are called multifactorial causes. Basically, both psychosocial and biological factors are considered to be causative.

Psychologists have identified five possible groups of causes for psychoses. These are:

In the field of physical illnesses, dementia, epilepsy and multiple sclerosis are particularly suspected of being able to trigger psychoses. Dementia changes the structure of the brain and can thus trigger psychotic disorders. Dementia caused by Alzheimer’s disease in particular unfortunately goes hand in hand with delusional behaviour and hallucinations. The uncontrolled discharge of nerve cells in the brain leads to an epileptic seizure. Psychoses can occur in particular shortly after such a seizure. The consequence of multiple sclerosis is the dissolution of the myelin layer that protects the brain. Psychotic symptoms are often the result.

Temporary psychotic symptoms can also be caused by medication. Special care should be taken with Parkinson’s drugs. These drugs increase dopamine levels to relieve the symptoms of Parkinson’s Disease. However, if it is too high, it can cause psychosis.

Drugs can cause psychosis. Many experts agree on this point. Many users of LSD report a so-called drug psychosis. Strong hallucinations and delusions are experienced. This form is called either amphetamine psychosis or LSD psychosis. Depending on the drug and the dosage, the symptoms of drug psychosis usually disappear within a few hours or days. There is no evidence that drugs like cocaine or alcohol cause psychosis. What is clear, though, is that in most cases these drugs make the course of psychosis worse.

In addition to those mentioned above, there are other psychological disorders that can probably lead to psychosis. These include schizophrenia, depression and bipolar disorders.

All psychoses have one thing in common – they all have different courses and a different mix of symptoms. The first signs of a psychosis are :

Special attention should be paid to these symptoms in teenagers. In this phase of life, the first symptoms often appear, but are mistaken for puberty problems. The problem – these symptoms do not “adhere”, but usually get worse.

More obvious symptoms of an already advanced psychosis are a sudden and strong interest in mysticism, magic or religion. Other irrational (compulsive) thoughts are also included here. Hostility, distrust or even aggression against people and animals are also an indication. Actions of other people are especially strongly related to the own ego, even if there is no real reason for it. Experts also include emotional changes, thought disorders and hallucinations among the symptoms of psychosis.

Every doctor will confirm that the drug treatment of a psychosis depends very much on the causes. In the best case, the medication should be used to treat the triggers of the psychosis. In addition to the causes, the symptoms of a psychosis can also be relieved with medication.

In many cases, psychoses are treated with antipsychotics. Drugs such as haloperidol work against delusions and hallucinations. The problem with this kind of medication is that it can cause side effects like muscle twitches, listlessness, weight gain, movement disorders and fatigue.

Although the side effects mentioned above can occur, doctors say it is important that people take their prescribed medication as regularly as prescribed. This ensures that there are no relapses.

In addition to the medication, psychotherapy can also help to stabilise the patient.

CBD for psychosis – How cannabidiol works

Young people in particular are warned against the use of delta-9-tetrahydrocannabinol, THC for short, as part of psychosis prevention. THC has a psychoactive effect and can certainly worsen the course of psychoses. The situation is different with the CBD. CBD seems to have exactly the opposite effect. According to experts, the difference between THC and CBD is that they intervene at different points in the regulatory cycle within the body’s own endocannabinoid system (ECS). Recent studies suggest that CBD can help relieve the symptoms of psychoses.

Studies and effects – CBD in psychoses

Researchers at the renowned Ruhr University in Bochum have studied CBD, the ECS and psychoses. A study [2] from 2012 found that there is a link between cannabis and psychoses via the ECS mediator. A comparison of numerous studies in animals and humans showed that there is a dysregulation of ECS signals in psychoses. It became clear that CBD plays a protective role by increasing the level of anandamide in patients suffering from psychotic schizophrenia. By comparing the trials, the researchers concluded that the antipsychotic effects of CBD, and more specifically of phytocannabinoids, could be confirmed by the individual trials. These researchers classified CBD as more effective than atypical antipsychotics.

A study [3] by the University of Heidelberg dates from 2016. The researchers were looking for a new way to treat psychoses without having to use the antipsychotics that were previously the standard, with all their adverse effects. Because of the possibilities of influencing the ECS, the Heidelberg experts took CBD as a starting point for different approaches. The researchers studied CBD and its antipsychotic properties in rats and rhesus monkeys. In both cases it was found that CBD has an antipsychotic effect. In a more in-depth study, it became clear that CBD can apply these properties especially in acute schizophrenia. According to the Heidelberg researchers, the effect and success of CBD is comparable to that of amisulpride, a powerful antipsychotic. In the results of the study, the experts showed that CBD had no noticeable side effects against psychoses. A follow-up and review study is still outstanding, but is expected to follow shortly.

At London’s Kings College, Professor McGuiere published a study [4] that looked at the effects of antipsychotics. According to McGuiere, these work by blocking dopamine receptors. However, he said that dopamine levels in people could also be normal. He therefore advocated new and alternative therapies. These should target different systems of neurotransmitters. In his study, McGuiere gave 88 patients suffering from psychotic schizophrenia either a placebo or 1 gram of CBD per day for six weeks. Both groups continued to take their normal antipsychotic medication. At the end, the psychotic symptoms of the group with CBD were significantly reduced. McGuiere concluded that CBD is a promising option in the treatment of psychosis.

King’s College in London seems to be a centre of research regarding CBD against psychosis. A study [5] from 2018 focused on test persons in their twenties with psychological symptoms. Each of these was suspected of developing a psychosis. The study was monitored by using a control group of healthy people. The 33 participants in the unwell group were separated into two camps. 17 participants received a placebo, 16 received a CBD dosage of 600 milligrams. Three hours after ingestion, the participants were subjected to a magnetic resonance imaging examination. All had to solve memory tasks. The challenged brain areas are known to be involved in psychosis. The areas in the brains of the ill subjects were abnormal compared to the healthy ones. However, it was found that the patients who were given CBD were significantly less affected than those who received a placebo.

The application of CBD for psychoses is, among other things, through the intake of CBD oil. A distinction is made between CBD oils that are produced from pure CBD and those that are called full spectrum oils. The latter contain not only CBD but also other cannabinoids from the hemp plant. The non-psychoactive effect of CBD is enhanced by the other cannabinoids. The so-called entourage effect can become effective through this variety of ingredients. In this context, a CBD oil is more than the mere sum of its parts. According to the legislator, full-spectrum CBD oil can also contain a THC content of up to 0.2 %. Although this is generally not noticeable, those who want to be on the safe side here can buy pure CBD oil. This is usually produced from a mixture of CBD crystals, i.e. 99.8 – 99.9 % pure CBD, and a carrier oil. It certainly does not contain even the slightest trace of THC.

Today, THC is one of the most common drugs consumed. There has been much speculation about whether THC can cause psychosis. The EDSP study [6] examined this question. EDSP stands for “Early Developmental Stages of Psychopathology”. The study surveyed exactly 1,923 people between the ages of 14 and 24. Each respondent was interviewed at the beginning of the study, after 3.5 years, after 8.4 years and finally after 10 years. The aim was to compare the frequency and persistence of (subliminal) psychotic symptoms with the use of cannabis (THC). In the first survey, 87% stated that they had not yet used cannabis. The researchers found that those who admitted to using THC in the second and third rounds of the survey were twice as likely to have psychotic symptoms. Of the 13% who had already used THC in the first round, about a third showed psychotic symptoms after 3.5 years.

It can therefore be said that regular THC use increases the likelihood of developing psychosis.

Dosage of CBD in psychosis

For many human diseases, it is advisable to start with a low dose of CBD and then slowly increase it until the desired effect is achieved. This is different for psychoses. Studies have shown that high doses of 600 to 1,000 mg or ml per day are needed to have an effect. In general, as a psychotic, you should always take CBD in consultation with your doctor. This is the best way to achieve the best results.