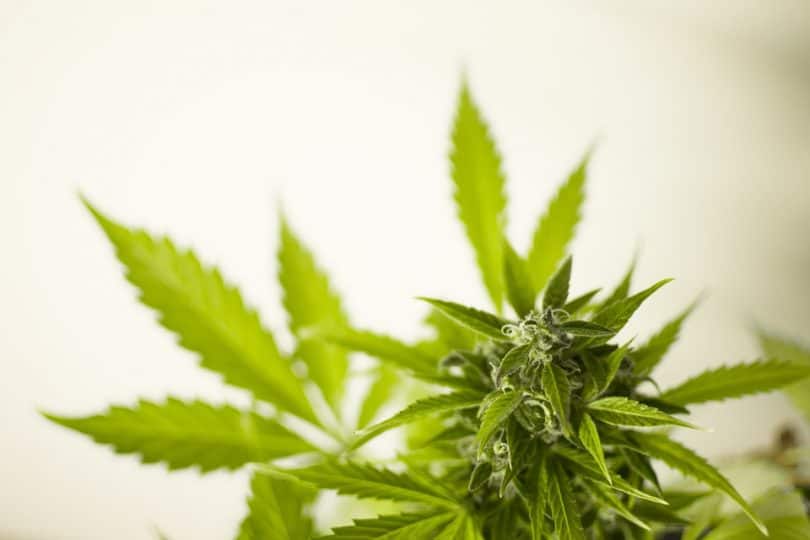 When talking about the constituent compounds of the hemp plant, what first comes to mind are the two best-known representatives, cannabidiol (CBD) and tetrahydrocannabinol (THC). However, to date about 500 compounds have already been identified in hemp. The terpenes  have a very special role to play here. These substances give the plant its typical, unmistakable smell. But they also support the beneficial effects of CBD.

Terpenes occur as what are known as secondary metabolites in a whole range of plant species. They are also present in varying concentrations in plant products, such as fruits, tree resin, and in essential oils. Terpenes perform various tasks, including growth regulation, antibody formation and attracting insects with their scent. Chemically speaking, terpenes belong to the group of unsaturated hydrocarbons. Depending on the species in question, they are present in different proportions, which results in the production of different odours.

The most important terpenes

About 8,000 terpenes are known to science at present. Around 120 of these are to be found in the hemp plant. Let’s take a closer look at the most important representatives of this group.

Linalool is by no means only found in hemp. The presence of this terpene has been demonstrated in lavender, cinnamon, various flowers, and in mint. Some fungi also contain this pleasant-smelling compound. Naturopaths know and appreciate the soothing and relaxing effect of linalool, which is why it is also used in sleep medicine. Studies have also shown that this terpene also lowers the risk of lung infections. Linalool is a building block in the natural synthesis of vitamin E.

Limonene is primarily found in:

Medicinally, it is used as an ingredient in various ointments and creams, as it improves absorption by the skin. It is inhaled to support cancer therapy, to prevent bronchitis and to prevent unwanted weight loss. Varieties of hemp which are particularly rich in limonene smell somewhat like citrus fruits.

Myrcene: a constituent of hemp, hops and eucalyptus

Besides being present in hemp, the terpene myrcene can also be found in hops, eucalyptus, mango and lemongrass. This musk-like compound makes up about half of the terpenes found in the hemp plant. Myrcene has been well researched and medical specialists are aware that it inhibits inflammation, relaxes muscles and is suitable as a natural sedative.

As well as being present in hemp, this terpene is also to be found in black pepper and cinnamon, as well as in Thai basil. It has a woody, peppery aroma. Studies have shown that is has good efficacy against depression, anxiety and chronic inflammatory bowel diseases, particularly ulcerative colitis.

The effects of terpenes

As already indicated, terpenes provide an important protective mechanism for plants. But they also have a lot of positive effects on the human body. For example, they can be used to regulate the body’s complex system of neurological messenger chemicals. In this respect, their mechanism of action is similar to that of CBD and THC. These better-known hemp products also influence the interplay between nerve cells, messenger chemicals and receptors. Of particular interest to those who use CBD are the effects on the dopamine-serotonin  system in the brain.

Alongside the endorphins, serotonin – a chemical messenger of the brain that is also found in many other parts of the body – is also often referred to as happiness hormone. The term hormone is misleading, however, as it is actually a neurotransmitter. Serotonin gives us a feeling of happiness and serenity and helps to prevent anxiety. Normally, it is broken down in the brain as soon as it has participated in impulse transmission between nerve cells.

Terpenes ensure that this degradation process is slowed down, thereby increasing the availability of serotonin. This is precisely the same mechanism as that used by the group of modern antidepressants known as selective serotonin reuptake inhibitors. In contrast to these, however, terpenes usually have no side effects as they are natural in origin. Nevertheless, depression is something which needs to be dealt with by doctors and, as a rule, conventional medical therapy is necessary. Yet terpenes contribute significantly to the beneficial effects of CBD, especially when it comes to our state of mind.

Terpenes also act on the chemical messenger dopamine. Dopamine is the main neurotransmitter in the “reward centre” of the brain. It mediates

All of these effects are intensified over longer periods when terpenes come into contact with the relevant receptors in the brain.

Scientific research has shown that CBD and terpenes reinforce each other in their effects. In medical terms, this is referred to as “modulation“. Terpenes interact with the same receptors (CB2-receptors) as CBD. This improves the effectiveness of the CBD. This is another reason why CBD oil needs to be as pure as possible.

Terpenes and the entourage effect: complex interactions within the body

The entourage effect was first described in 1998 by the two Israeli scientists Shimon Ben-Shabat and Raphael Mechoulam. It states that the totality of the substances occurring in the hemp plant – and this particularly applies to the terpenes – have a better and stronger effect than any individual compound does by itself. Precisely this effect applies to terpenes when combined with CBD.

Are terpenes in CBD products important?

As described in the previous section, this question can be answered with a clear “yes”. The terpenes provide a stronger and more effective CBD effect, permitting lower doses than would be needed without the terpenes. Producers of CBD products therefore endeavour to provide the consumer with preparations which are as pure as possible. In these cases, terpenes are present in sufficient quantities in the CBD products.

So, what are terpenoids?

Terpenoids are often mentioned in conjunction with terpenes. But what are they? The difference is purely one of chemistry. While terpenes are pure hydrocarbons, terpenoids  also possess a functional group on their carbon backbone. All in all, there are more than 30,000 known terpenoids. They also occur in plants and are a constituent of the hemp plant. When it comes to efficacy, however, terpenes are of greater importance.