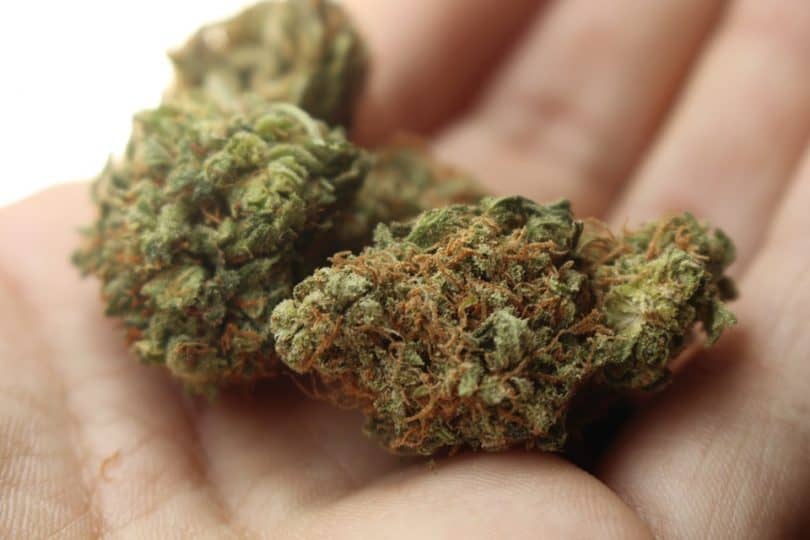 Tetrahydrocannabinol and its effects

Tetrahydrocannabinol, otherwise known as THC, is known to many as the intoxicating component of hashish (hemp resin) and marijuana (hemp in its dried herbal form). Fewer people realise, however, that THC can also be used for therapeutic and medical purposes. Which is reason enough to spend some time looking at tetrahydrocannabinol in this article.

THC naturally occurs in the form of two THC acids in plants of the genus Cannabis (which is in the Cannabaceae family). Heat turns these acids into THC. This process is known as decarboxylation. Since about 2010, heterologous biosynthesis has also made it possible to synthesise THC [1].

This active substance belongs to the group of compounds known as cannabinoids, of which 113 are currently known, and when taken it interacts with the human endocannabinoid system.

Due to its psychoactive effects, tetrahydrocannabinol is subject to strict regulation in the UK and is scheduled as a class B drug. Whilst possession for one’s own use is tolerated (small quantities), the cultivation and trade of products containing THC is not permitted.

The current exception is the rule that industrial hemp must contain no more than 0.2% THC in order to be marketable. This is based on the understanding that consumption in quantities which would result in intoxication is not possible.

Accordingly, other cannabinoid products, such as hemp oil, CBD oil (cannabidiol oil) and CBD capsules, can only contain a maximum of 0.2% THC.

The effects of tetrahydrocannabinol (THC)

Although THC in its pure form has been known since 1964, it must be noted that THC’s mechanism of action has still not been fully investigated. However, there are now of course a number of effects which have been proven.

Patients who suffer from chronic pain value tetrahydrocannabinol for its analgesic effect. This is not least because the side effects are limited in comparison to those of strong painkillers, such as opioids. Among others, patients suffering from chronic pain have the opportunity to obtain medical cannabis on prescription. The hurdles are high, however.

Cannabis-based medication can be prescribed for chronic pain, neuropathic pain, lack of appetite and vomiting.

Furthermore, it is thought that it has a positive effect on neurological problems (spasticity and motor disorders), skin diseases (especially atopic dermatitis and psoriasis, as well as on excessive sweating (hyperhidrosis)), and glaucoma (an eye disease).

THC can also have negative effects, if the dose taken is too high. Delayed absorption in the intestine means that the effects of THC when consumed in food cannot be controlled. Those affected feel dizziness, nausea and may experience incessant repetitive patterns of thought. Speech is often also affected, and comprehensible articulation can become impossible. Anxiety and panic attacks are possible, but are fortunately rare.

The difference between CBD and THC

CBD, i.e. cannabidiol, also belongs to the group of compounds known as cannabinoids and acts on the human endocannabinoid system.

The main difference between the mechanisms of action of CBD and THC in the body is that THC primarily binds to the CB1 receptor, whilst CBD binds to both the CB1 receptor and the CB2 receptor.

Whilst THC is intoxicating / psychoactive, this is not the case for CBD. On the contrary: CBD can counteract the intoxicating effects of THC, having the effect of modulating tetrahydrocannabinol. CBD is therefore often referred to as the antagonist of THC.

At the right dose, THC primarily has relaxing and pain-relieving effects. The pain-relieving properties of CBD are similar, but CBD also helps against anxiety.

Buying tetrahydrocannabinol – what kinds of THC products are there?

With the exception of medical prescriptions, tetrahydrocannabinol is not legally available in the UK at the kinds of concentrations which have a demonstrable analgesic or intoxicating effect.

In hemp oils, CBD oils and similar preparations, THC is permitted at concentrations of up to 0.2%, so this is the maximum concentration of this active substance that is available. Tetrahydrocannabinol may work better in combination with the other cannabinoids [2].

THC is only legal in the UK on prescription. Obtaining the substance by other means constitutes a violation of UK law. THC is generally available in the form of medical cannabis (cannabis flowers and cannabis extracts), as well as in the form of hashish and marijuana.

While medical products containing THC are available as oral sprays, and in the form of pills and drops (oil), hashish and marijuana are inhaled (using a variety of methods, e.g. in a joint or pipe or via a vaporiser) or taken orally (swallowed). For oral consumption, the product is often incorporated into food. As already described in the section entitled “The effects of tetrahydrocannabinol”, special attention needs to be paid to taking the right dose when it is taken orally.